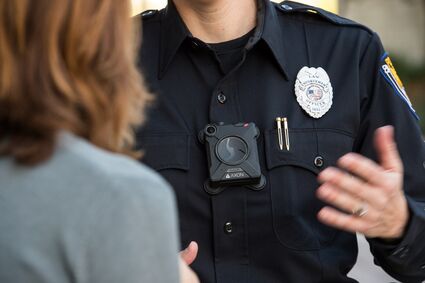 The country's premier manufacturer, Axon, has offered the city four free cameras to test for 90 days, or a five-year licensing agreement for eight cameras - including equipment, software and cloud storage – for about $15,000 per year.

Commissioners have been discussing body cameras for more than a year. Commissioners Terrye Howell and Curtis Gibson are strong advocates of initiating an extensive police body camera program, citing citizen complaints and the need for accountability and transparency to rebuild public trust. Other commissioners are less enthusiastic, citing community policing and fixed cameras as a higher priority, but indicating they might be willing to go along with a limited test as a pilot.

Lake Wales attorney Sara Jones has been strongly urging the city to implement body cameras, noting: "I think that there is a trust issue on both sides, especially between the residents of the northwest section and law enforcement in Lake Wales. People are actually afraid of the police."

Jones has several clients who have alleged police brutality, harassment and other misconduct. She says body cameras can actually help secure prosecutions and reduce frivolous complaints against police officers. She has initiated an online petition in support of body cameras, which as of Feb. 12 had nearly 300 signatures of support. The petition can be found at http://chng.it/WMNQK68SRc

Commissioners at their Jan. 19 meeting rejected the idea of implementing a departmentwide body camera program, which would have cost an estimated $474,000 for the first five years. They asked City Manager James Slaton to bring back a pilot program to test and evaluate body cameras on a more limited basis.

"I believe we need to have the cameras because there is no trust and no accountability," Howell said at the Feb. 10 commission agenda workshop. "We're still having the same problems, either lack of leadership, rogue policemen, nepotism, or lack of concern as we had back in 70s."

Howell said she especially wants body cameras used in the predominately black northwest district, along with heavily Hispanic and poor white neighborhoods, where she hears the most complaints about police. Howell said she will hold the city manager accountable for implementing policies that ensure consistent use and severe discipline if officers turn off the cameras during interactions with the public.

Gibson expressed concerns that some commissioners, by not embracing body cameras, aren't respecting Howell's viewpoint and experiences: "I believe and I feel sometimes in my heart that we're divided up here in not accepting other points of view that we face when we're in the community.

"I think it's important to know when you have issues in your community and people are upset , it's not that they're divided, they just want to be heard. You have to really listen to the people of Lake Wales and understand them."

Commissioner Al Goldstein said he isn't sold on the need for body cameras, but may support a pilot test program: "If we do have some bad cops we need to get rid of them. I want to see trust come into the community. I don't believe cameras are going to make trust. I think we need to work on it other ways we have discussed before."

Mayor Eugene Fultz said he prefers community cameras instead of body cameras. Deputy Mayor Robin Gibson said more community policing is needed; he suggested paying kids $15 per hour to ride in police cars to build partnerships and possibly encourage young people to become police officers themselves. He reminded commissioners that they can approve the budget to purchase cameras, but it will be up to the police chief and city manager to determine how to implement the program.