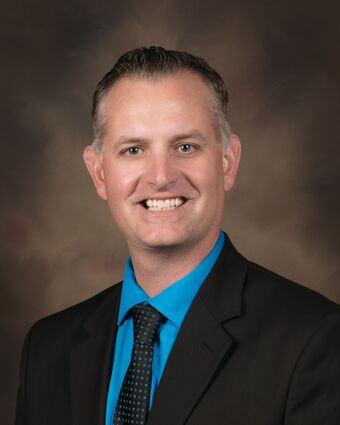 The man who is earning more than $100,000 per year to promote business and economic development for the City of Lake Wales has moved to Lakeland, and a majority of city commissioners are not happy about it.

Kevin Kieft in August bought a $290,000 home in Lakeland without notifying his bosses at the Lake Wales Area Chamber of Commerce and Economic Development Council. Previously he had lived in the Lake Wales Country Club community, just east of the city limits.

In 2013 the city first contracted with the Chamber for economic development services, initially paying $100,000 per year. Kieft came aboard as president and CEO of both the Chamber and Economic Development Council in 2014, and the annual fee was raised to $125,000. The lion's share of the city funds go for Kieft's salary and benefits, while EDC partners contribute about $35,000 per year for his bonus and other expenses.

City Commissioner Terrye Howell brought the issue up at a Feb. 10 workshop, asking if the city's contract with the Chamber could be modified to require the EDC President to live in the "greater Lake Wales area."

"At least the person who's supposed to be bringing jobs to Lake Wales, if we're paying this person, should live in Lake Wales or greater Lake Wales area, like our city manager," Howell said. "What does it say about Lake Wales when people ask where he lives and he tells them 'Lakeland?'"

After the meeting, Commissioners Curtis Gibson and Al Goldstein also said that living in the Lake Wales area should be a requirement for the position.

"If you're not living in Lake Wales and you're living in another city, what good are you to Lake Wales? That just shows me you don't have a buy-in to Lake Wales," Gibson said. "They've got to be invested."

Gibson also expressed concerns that in addition to his full-time job running the Chamber and EDC, Kieft has taken on side work in real estate, which might represent a conflict of interest if he is steering buyers to property in cities other than Lake Wales.

City Manager James Slaton said he has asked the city attorney to look into a possible contract revision. The existing contract can be terminated by either party with 180 days' notice or amended at any time if both parties agree.

"The Chamber has been made aware of the city's concerns and we as a Chamber will always do what's best for the city of Lake Wales," said Andy Oguntola, Chamber/EDC board president. "We will be reviewing this."

Kieft said he made the move because his daughter is attending Harrison School for the Arts in Lakeland, which he said has a very early start time.

"The move does not impact my ability to do my job in any way and this will always be the case," said Kieft.

Kieft declined to answer questions about why he didn't notify the Chamber or city officials about his move and whether he even considered the potential backlash that could impact the Chamber's contract with the city.

Questioned about whether he can effectively balance his position heading up not only the Chamber and the EDC, but also selling real estate, Kieft said: "Having a Real estate license is an after-hours option that has no bearing on my career or how I conduct myself on a professional level as a Certified Economic Developer, so no balancing is required. The Lake Wales Area Chamber/EDC always will come first."

A review of Kieft's real estate Facebook page shows most of his online activity takes place during the traditional work day, including many posts listing homes for sale in cities throughout Polk County – Lakeland, Winter Haven, Auburndale, Haines City, Bartow, Poinciana and more. When asked if he is promoting sales of his own listings outside Lake Wales, Kieft said that "steering is not something that is ethically allowed in Real Estate and would never be something that would be considered."

Mayor Eugene Fultz said he would be more concerned about the performance of the EDC president than where he chooses to live. He said he doesn't think it's necessary to make residency in the Lake Wales area mandatory.

Deputy Mayor Robin Gibson said he believes it should be up to the Chamber board to decide if they want to require Lake Wales residency, noting "We just want results."

Since last March the Lake Wales Chamber office has been open by appointment only, and Kieft has presented his quarterly reports to the city commission from home remotely using the online web option. Most in-person Chamber activities and events have been canceled due to the COVID-19 pandemic. Several Chamber members, requesting anonymity, have criticized the Chamber for becoming too political and staying closed while businesses were struggling to re-open.