One Officer Quits, the Other Placed on Administrative Duty 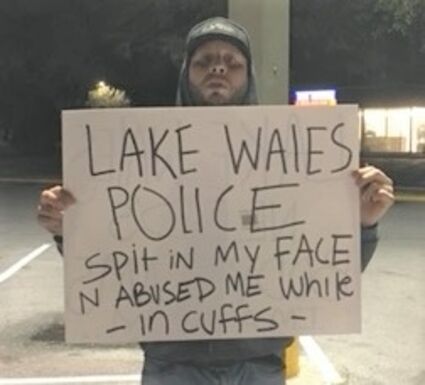 One Lake Wales police officer has resigned and a second has been placed on administrative station duty pending an investigation into formal complaints against the officers.

Cordero claims Officers Colt Black and Travis Worley struck him in the face while he lay handcuffed on the ground. A Hispanic man, Cordero also accused Worley of kicking him in the ribs, spitting in his face and using racial slurs, calling him a "spic nigger" and "a piece of shit" and telling him to "go back to New York."

Worley has been accused in the past of intimidation, brutality and using racial slurs, but conflicting reports by fellow officers left the allegations unproven. Worley, who was removed in August from his position as a detective in the street crimes unit and made a regular patrol officer, is now on administrative duty, pending an investigation into complaints filed this week by Cordero and others.

Also under investigation, Black resigned Feb. 10. After reviewing a home security video of Cordero's arrest, Black filed a revised police report acknowledging Cordero did not get as close to him as he originally thought, which was the basis for the assault charge.

Black's original report said Cordero charged at his patrol car with closed fists, causing Black to pull his taser, thinking Cordero planned to attack him. The video shows Cordero exiting his car and standing calmly by the driver's door, then moving to the back of the car as instructed by Black.

"After reviewing the footage, I believe my perception was altered due to the high stress of the incident," Black wrote, noting he was asking the state attorney's office to drop the assault on a law enforcement officer charge against Cordero. In 2018, during his first year on the force, the then 21-year-old Black was badly beaten by a suspect, causing some to speculate that the traumatic incident might have contributed to his stress.

Black admits elbowing Cordero in the head because he thought he was possibly reaching for a weapon in his waistband; Cordero called it a "sucker punch." Cordero was handcuffed and in the grass on the passenger side of the car, so the officers' actions were not captured by the video. Witnesses in the neighborhood near Polk Avenue and Third Street claim both officers struck Cordero in the head while he was handcuffed and lying on the ground. Reports by Worley, Black and supervisor Jared Joyner make no mention of Worley striking Cordero, who admits he shouted loudly and called Worley a "pussy" for hitting him while he was handcuffed and couldn't defend himself.

In an apparent attempt to discredit Cordero, the officers included in their reports that he talked about aliens and UFOs. Cordero has his own You Tube channel, called UFO God, which has attracted more than 24,000 followers. Cordero has taken to his channel and social media to openly criticize the Lake Wales Police Department and to call for body cameras, which he said would have validated his version of the arrest and the officers' actions.

Black's report says he stopped Cordero for running a stop sign and not wearing a seat belt, but Cordero says he was wearing the belt and made a complete stop because Black had been following closely for several minutes and was right behind him at the intersection. The charge of threatening death or serious bodily harm against a law enforcement officer was based upon the officers' claims that Cordero made threats that he would hurt the officers when he got out of jail; Cordero said his threat was to sue the officers.

Two more complaints were filed this week against Worley. One was for the May 2019 arrest of Jamar Hasley, 31, who is still awaiting trial for resisting arrest with violence and resisting without violence, battery on a law enforcement officer, depriving an officer of a means of protection (taser) and possession of drug paraphernalia and a small amount of marijuana. Hasley claims a traffic stop by Worley escalated to the officer tasing him and striking him in his face and side without provocation. In his police report Worley claims Hasley grabbed the taser and threw it into a far parking lot at CenterState bank, but a witness's cell phone video appears to show Hasley on the ground surrounded by officers immediately after being tased. Three bank employees watching from a window also said they saw Worley striking Hasley, but did not see Hasley hit the officer or resist, other than pulling away while trying to talk on his cell phone. 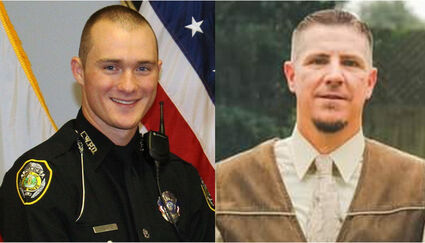 The third complaint against Worley is from Ismael Tirado, 21, who claims during a traffic stop Nov. 5 Worley yanked him through the car window and pulled his pants down to the bottom of his boxers. Tirado was subsequently arrested for possession of a firearm by a felon, grand theft of a firearm, knowingly driving with a suspended or revoked license, and possession of marijuana and drug paraphernalia.

All three complaints are under review by the Lake Wales Police Department, and the police can't comment until the investigation is complete.

The Lake Wales City Commission will vote Tuesday, Feb. 16 on whether to initiate a pilot project with either four or eight police worn body cameras. The country's leading manufacturer, Axon, has offered four cameras at no charge for a three-month trial or eight cameras on a five-year licensing agreement - including equipment, software and cloud storage - for $15,000 per year.