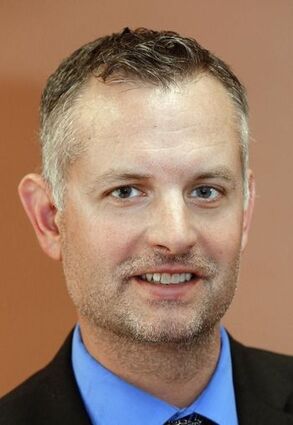 Editor's Note: This story will be updated when Chamber officials release official comments or more details.

The Board held a special meeting to discuss the fact that without informing them Kieft moved to Lakeland, potentially jeopardizing their $125,000 per year contract with the City of Lake Wales.

Three of the five city commissioners expressed concerns Feb. 10 that the person who was paid more than $100,000 per year to promote business and economic development for Lake Wales had moved to another city. They asked that the city's contract with the Chamber be amended to require the CEO/president to live within the "greater Lake Wales area."

Chamber President Andy Oguntola declined to comment on their decision, saying he still needed to meet with Kieft to iron out details of his departure. Board members said they want to make Kieft's parting amicable and to recognize him for his more than six years of service.

As of late Tuesday afternoon Feb. 16 City Manager James Slaton said he had not been notified of the Chamber Board's action. He said he will be bringing proposed changes to the city-Chamber contract to discuss at a future city commission workshop.

Kieft did not respond to an email requesting comment about the Chamber Board decision.

When asked last week about the move Kieft said it was a family decision to locate closer to Harrison School for the Arts in Lakeland, where his oldest daughter is a freshman. In August he bought a $290,000 home in Lakeland, relocating from the Lake Wales Country Club community just east of the city limits.

The City of Lake Wales started contracting with the Chamber in 2013 for economic development services, initially paying $100,000 per year. After Kieft was hired in 2014, the contract was increased to $125,000 per year. The lion's share of the city funds go for Kieft's salary and benefits, while EDC corporate partners contribute about $35,000 per year for his bonus and other expenses.

Since last March the Lake Wales Chamber office has been open by appointment only, and Kieft has presented his quarterly reports to the city commission from home remotely using the online web option. Most in-person Chamber activities and events have been canceled due to the COVID-19 pandemic.

The Chamber Board also Monday reportedly agreed that the office needed to re-open with regular business hours.