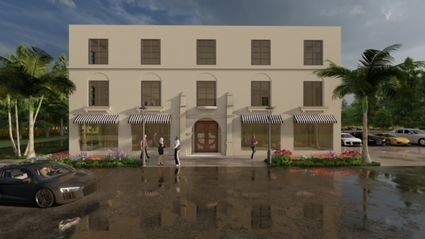 Lake Wales city officials were hopeful the foreclosure sale of the historic Seminole Hotel would be ordered Feb. 12, but instead Circuit Judge Dana Moore agreed to allow current owner Harout "Henry" Kebabjian to continue his fight to develop the property.

The city now will have to produce a large volume of documents related to the Seminole. Just a week before the foreclosure hearing Kebabjian's lawyer asked the court to have the city produce five years' worth of documents, communications and records in various forms about the property, including its entire code enforcement file on the Seminole; information on development projects of the city and its Community Redevelopment Agency; notes and memorandums mentioning Kebabjian; documents related to any city foreclosures within the last five years; communications, including text messages, about the property; tapes from public meetings; and other records.

"I don't want to fight the city," Kebabjian said. "I'm hopeful that the city would change their mind. I still have faith in them to go ahead and dismiss the foreclosure action and work with an investor instead of fighting with an investor."

Kebabjian bought the three-story hotel Aug. 19 at a bargain-basement price of $10,500, two months after the city's Code Enforcement Board voted to foreclose on the property. The city in 2017 declared the building unsafe, emptied it of tenants and condemned it for multiple code violations.

Galloway couldn't convince the judge that Kebabjian was merely "stepping into the shoes" of Howell, who did not appeal the foreclosure within 30 days of its filing, as required by Florida Law. Galloway said Kebabjian knew when he purchased the hotel that it was headed for foreclosure and subject to code compliance liens that now exceed $300,000. The city also is asking for about $9,000 in back taxes, $6,000 for an environmental study to determine asbestos hazards and attorneys fees and court costs.

In court documents, Kebabjian indicated he is living in the hotel building, located at 207 N. 1st St. just north of downtown Lake Wales. He said after notifying him the building was still considered condemned, city officials inspected it, but haven't given him a clear idea of which of the 68 code violations still need to be fixed.

"I'm living in it. It's my home, my only home," Kebabjian said. "I live here. I've been doing business here. It doesn't make sense what they are doing. You can't treat one person different from another; you have to be fair." 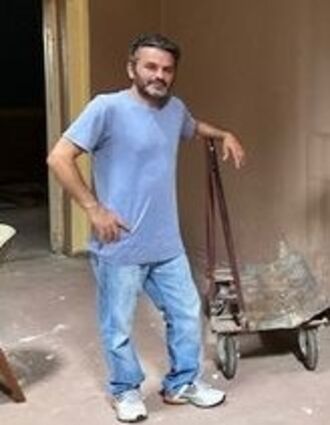 Kebabjian told city commissioners in December he already has invested more than $40,000 in the property and is working to correct the code violations. He argued that if they would stop the foreclosure he would have more money to put into restoration of the building.

Commissioners took Galloway's advice to move forward with the foreclosure action. They said they would consider transferring the property to the CRA and then putting out proposals to find a development partner. Deputy Mayor Robin Gibson floated the idea of having the chosen developer, which might be Kebabjian, put funds from the foreclosure sale into an escrow account and then get reimbursed for actual funds as they were invested into the hotel restoration.