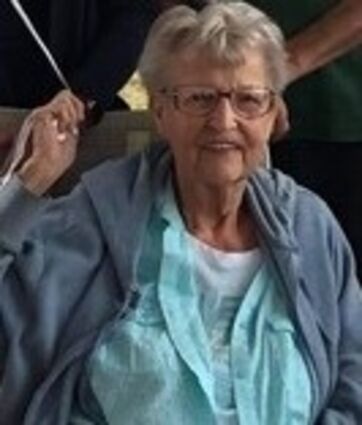 Janet Grace Robinson, 89, of Lake Wales, Florida passed away in the early morning hours of Feb. 20, 2021 at Good Shepherd Hospice House in Auburndale.

Janet was born January 23, 1932, in Ashley, MI to the late Babe and Eli Ringle. She grew up in Lansing, MI where she met and married Jack Robinson, who preceded her in death on April 2nd, 2007.

Jack and Janet lived in Lansing and raised their family until they moved to Lake Wales in their retirement to the beautiful Saddlebag Lake Community where her parents Babe and Eli had also retired.

Janet loved being a homemaker and was often found humming or singing in the kitchen as she baked and prepared meals for hers' and many others. Her oldest son Mark (Pat) Robinson followed them down to Saddlebag Lake from Grand Ledge, MI, as did Bruce Robinson from Grand Rapids, MI. Nancy (Pat) Reedy of Grand Ledge, MI, and Penny (Chris) Brace of Sunfield, MI were blessed with ability to travel down and spend time with Janet in the last few months of her life.

Janet had 3 younger brothers. Dale (Marge) Ringle of Lansing, Michigan who preceded her in death. Surviving are Gene and Doris Ringle of Eagle, MI and Roger and Marylynn Ringle of Spring Hill, FL. Janet's warm and loving smile will be greatly missed by all who knew her. Janet had many loving and caring relatives all around the country.