Work Continues on US 27 and SR 60 Interchange

Road Work is Expected to be Completed by Early 2025 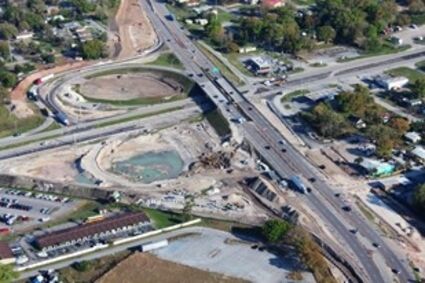 The Florida Department of Transportation is a few months into work on the reconstruction of the interchange of SR 60 and US 27 in Lake Wales.

The current interchange configuration was originally constructed in the mid-1960s, a few years after U..S 27 was built along the ridge in eastern Polk County connecting State Road 60 with Interstate 4.

Both roads are important regional highways in Central Florida and have seen their traffic volumes increase by 3,000 to 5,000 vehicles a day in just the past four years. The reconstructed interchange is intended to improve the highway operations, safety and regional mobility on these important highways.

As part of the construction, the existing SR 60 cloverleaf interchange will be reconstructed to a Single Point Urban Interchange, or SPUI. One new bridge will be constructed over US 27 and replace the two separate bridges that currently extend over US 27. A frontage road on the southwest side of SR 60, as well as along both sides of SR 60 east of the existing interchange, will be constructed. Additional thru-lanes will also be added to both US 27 and SR 60 making both roads six-lanes on either side of the interchange.

When traveling through the construction, DOT asks people to observe the lowered speed limits and detour signs for access to local roads and businesses in the vicinity of the construction. The $45 million project is expected to be completed by early 2025.