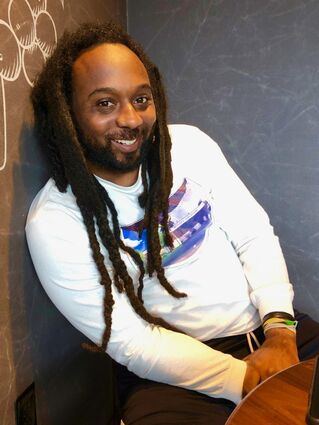 The Lake Wales History Museum has been awarded a Community Project Grant of $5,000 from Florida Humanities and $10,000 from the Duke Energy Foundation to create a new Lake Wales African American Archive and Exhibit. The project will include conducting new research, collecting oral histories, and securing new donations to establish the archive.

Emmanuel George, a Florida historian, has been hired to conduct intensive research for six-weeks from March 2 to April 15, 2021. His research will be the basis of a new, original African American exhibit at the museum in the fall of 2021. Additionally, the museum will enhance the museum's permanent exhibit with more African American history from this research.

"Almost one-third of Lake Wales residents are African American, and we must interpret and share more history of African Americans in Lake Wales. We have taken a pledge to be a museum that is equitable and inclusionary of all people, and we must reach out to those communities who have been underrepresented in the past. It's a work in progress, but we're doing it, and will keep doing it," states Jennifer D'hollander, museum director.

George is a Florida native, born in Miami to parents from Dominica. His passion for local black history began when he read Kitty Oliver's book titled, "Race and Change in Hollywood Florida."

"I became passionate about wanting to learn as much as I could about black history, and I'd speak to the elders in the community as much as possible," said George.

Since then, Emmanuel started the Black Broward Film Project, and produced Sistrunk-A-Fair, which featured black artists and pioneers from Broward County. His goal is to bring the history of other black communities in Florida forward. His work in Delray Beach, Florida includes researching, preserving and sharing the history of historically black communities like Hallendale, Liberia and NW Dania Beach, all in south Florida. Now he is working to help the Lake Wales History Museum do the same, and he will be gathering information and speaking with folks in the community.

The Lake Wales new African American Archive project aims to be a repository of photographs, films, documents and objects of the history and people of Lake Wales' Northwest community and beyond. The museum is researching former businesses of Lincoln Avenue and how people earned a living, what leisure and entertainment activities did people enjoy, and personal segregation and integration experiences in Lake Wales.

The information gathered will fill an important gap in the community's historical record and will support future research and education about the community. A culminating exhibit is planned to showcase the community's African American history in the fall of 2021, entitled, "Voices of Lake Wales."