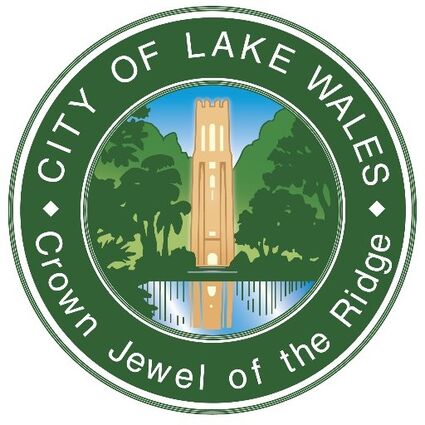 Commissioners earlier this month approved a memorandum of understanding that can be used as a framework for future redevelopment agreements. The program would allow redevelopers access to funds they provided to purchase publicly owned properties or to pay off code enforcement liens.

Instead of the city keeping or spending the funds, the commission now may choose to put them in trust accounts that could be used to reimburse developers for expenditures related to redevelopment of distressed properties.

The concept was first discussed when commissioners were dealing with the possible foreclosure of the historic Seminole Hotel on First Street. But Henry "Harout" Kebabjian, who bought the hotel in August 2020 at a bargain basement price of $10,500, has chosen to fight the foreclosure, rather than enter into a redevelopment agreement with the city. Instead of paying the fines and other costs, which now exceed $300,000, Kebabjian tried unsuccessfully to convince commissioners to waive them. Kebabjian said he was never offered the terms of the new memo of understanding and is interested in exploring it further.

In attempting to find a compromise position to work with Kebabjian, City Commissioner Curtis Gibson first brought up the idea of putting fines into a special account to reimburse development costs. He said he supports the memorandum of understanding because "It shows again that we're trying to work with business. It's pro-business, and I love it."

Deputy Mayor Robin Gibson, who chairs the city's Community Redevelopment Agency, fleshed out the concept and helped draft the Memorandum of Understanding, which was modified and brought to the commission by Development Services Director Mark Bennett.

"I think the main thing is it demonstrates we are more interested in redeveloping distressed properties than just taking money for them," the deputy mayor said. "Where did we go wrong with the Walesbilt Hotel? . . . there wasn't any up front money."

Deputy Mayor Gibson has been a strong advocate of redevelopment of the city's historic downtown and northwest business district, always looking for ways to enhance the city's tax base. Increased property values provide tax increment funding that goes into the city's CRA account to be used for redevelopment projects, like those envisioned in city's Lake Wales Connected plan.

The first phase includes redevelopment of Park Avenue downtown, with a reconfigured roadway, streetscape improvements and extensive tree planting. Construction is expected to begin this summer.

The proposed redevelopment agreements would establish the total cost of a project, estimated by experts with construction, architectural or engineering backgrounds. The developer would be required to pay the City the lesser amount of either 50 percent of the project budget or the full amount necessary to satisfy outstanding code enforcement liens. The agreement would specify a timeline of significant project milestones and a completion date along with provisions for administrative release of liens and a description of what constitutes non-performance.

If the developer failed to comply with the established terms the city could terminate the agreement, and either reclaim the property or keep outstanding liens in force.

In addition to the foreclosure action against the Seminole the city recently took steps to potentially reclaim ownership of the historic Walesbilt Hotel. Commissioners authorized City Manager James Slaton to notify developer Ray Brown that he is in breach of his 10-plus-year-old agreement to restore the 10-story hotel. Brown indicated he won't be able to meet the city's demands within the 45-day time frame, after which commissioners will need to decide whether to take legal action to take back the hotel.