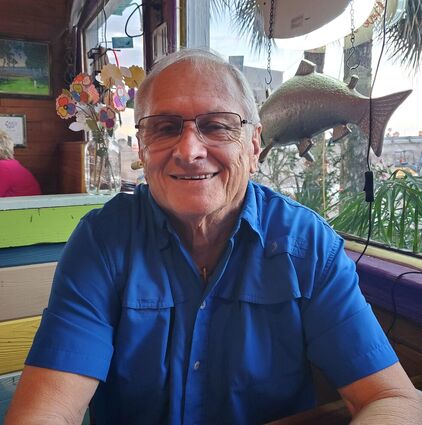 Editor's Note: Candidates for City Commission were asked to complete a questionnaire. Their responses are being printed as submitted.

WHY RUNNING? To achieve the goals and dreams of the City and residents of Lake Wales and to accomplish the job I set out to do when I first became a commissioner two years ago.

VISION FOR Lake Wales FUTURE: Discovering a true identity and holding on for a greater future

Polk County Commissioner Bill Braswell: Al is a man of unwavering principle with a strong conservative foundation," Braswell wrote in an endorsement letter addressed to the citizens of Lake Wales. "He is an asset to the community and has shown to be a leader during his first term in office. Al is committed to his community and can be counted on to make the tough decisions required of a city commissioner."

Florida State Rep. Melony Bell: "He has shown strong leadership from the time he was sworn into office by hitting the ground running. He began by educating himself on the budget and the needs of the city. Al has been a positive voice for Lake Wales by advocating at our Capitol in Tallahassee. He is a true believer in "home rule" when elected officials from Municipalities should rule by making policy on a local level instead of the State of Florida. He is always demanding that Tallahassee Legislators do not put any unfunded mandates on municipalities."

Sheriff Grady Judd: "Commissioner Goldstein is honest and ethical. He listens to his constituents and makes decisions in the best interest of all the city residents, rather than rendering knee jerk positions out of emotion. That is why I support Al for reelection."

Polk County Commissioner Neil Combee: “I heartily recommend the re-election of Commissioner Al Goldstein to the Lake Wales City Commission. It is clear to all that Commissioner Goldstein is devoted to improving the quality of life for all Lake Wales residents. He has the experience, time and energy needed to move the City forward.”

Polk County Commissioner Martha Santiago: Al Goldstein has worked diligently for the people of Lake Wales. His mission is to ensure that decisions made continue to focus on what matters most in the Lake Wales community - solid and positive growth, economic development, workforce, affordable housing, and community involvement. He promotes relationships that get things done for the people...this is why Al Goldstein has my endorsement."