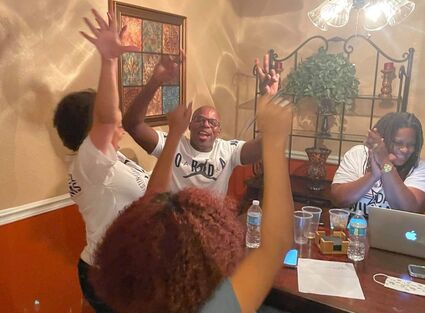 Editor's Note: More analysis of the city election will be included in future stories.

The races were close, but not within the one-half of one percent that triggers an automatic recount. Vote totals were 962 for Fitzerald to 930 for Goldstein and 942 for Williams to 927 for Navarro. Turnout was 20 percent, about 5 percent higher than the 2020 municipal election.

"I feel great. I feel honored and humbled at the same time," said Fitzgerald, noting she didn't realize she had won the race until her mother started screaming.

Williams expressed appreciation to all the people who helped with his campaign and to the voters who elected him: "I am so excited and I am ready to go to work. This is awesome. God gets the glory."

Fitzgerald, 40, serves as director of residential life at the Vanguard School. A licensed mental health counselor, Fitzerald grew up in Lake Wales and lived here except for her time in the U.S. Air Force and college. Her priorities for Lake Wales are economic and business development, community and local governmental unification and recreation and youth services. 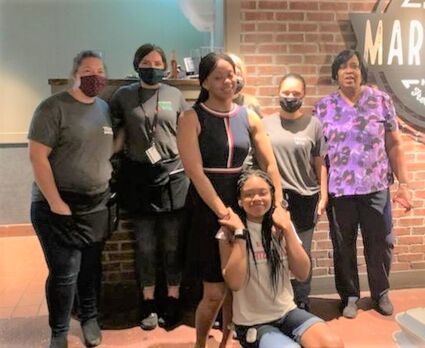 Williams was endorsed by outgoing two-term Commissioner Curtis Gibson, who announced in January that he would not be running for re-election.

"I'm very thankful. I knew all along that Pastor Daniel Williams was going to be the guy to take the people's seat – Seat 2, District 19," Gibson said. "He's going to do a great job. I feel his heart is in it and his work ethic shows. He didn't miss a beat. He was out there knocking on doors and talking to voters. I'm just so excited."

Gibson and Goldstein have one more month to serve. Fitzgerald and Williams will be installed as new commissioners at the May 4 city commission meeting.

Also Tuesday, all seven City Charter amendments were approved by margins ranging from 82 to 92 percent.

Maybe with 2 new seata on the commission, something will start moving downtown instead of trying to punish the 2 guys who own hotels.