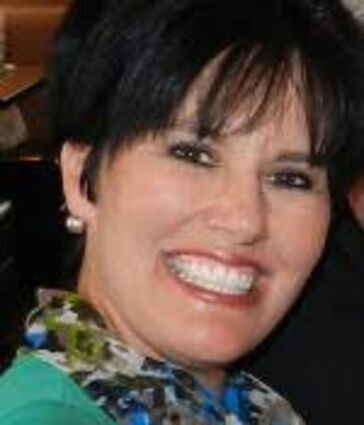 The Lake Wales Charter Schools Trustees will hold a private meeting Monday, May 24 to discuss legal strategy now that former Hillcrest Elementary School Principal Jennifer Barrow has filed a lawsuit in an attempt to get her job back. Active litigation is the only reason trustees may hold a "shade" meeting with General Counsel Robin Gibson, outside of the public eye.

Barrow's lawsuit claims she was acting as a "whistleblower" when she filed a grievance in September 2020 against former Superintendent Jesse Jackson, questioning his leadership and professional conduct on several issues. In the grievance Barrow complained about Jackson's practice of issuing "seemingly random" letters of concern without giving her feedback or a formal performance evaluation for nine years. The grievance also claimed Jackson required Barrow to follow different guidelines than her fellow peers regarding funding for a school resource officer, and Jackson did not act when Barrow was slandered by a former colleague and he inappropriately questioned her handling of an interview.

The lawsuit asks for Barrow to be reinstated as Hillcrest principal and awarded attorney fees, court costs and compensatory damages exceeding $30,000 for her "mental anguish, loss of dignity and any other intangible injuries caused as a result of the Defendant's retaliatory practices."

Barrow claims her transfer in January 2021 to the position of interim trainee Director of Exceptional Student Education constituted a demotion since the new job "has significant different responsibilities and is less prestigious" than her principal position. The lawsuit points out that under Barrow's leadership Hillcrest saw numerous improvements, including "decreased staff turnover rate, an increased enrollment rate, an increased fiscal stability, and an increased Florida School Accountability Reports rating of 'B,' each of which held for multiple years."

Barrow's lawsuit claims despite an internal investigation that found no evidence supporting an allegation that she was overheard commenting about the number of high level black employees at the charter school office, Jackson continued to question the finding and whether she coerced employees to write letters of support. The lawsuit said "Jackson's allegations of coercion were each an unjust and unsubstantiated attempt by LWCS to tarnish Barrow's character as racist."

After Barrow was transferred Jackson initiated an administrative investigation by the Polk County Sheriff's Office, which ultimately found no evidence that she created a hostile work environment or violated rules regarding administrative conduct. The lawsuit called the PCSO investigation "yet another rearguard action to unearth dirt on Barrow to justify LWCS's unlawful retaliation against her, or worse."

The lawsuit says news media coverage of Barrow's controversial transfer humiliated her and subjected her to "public and private ridicule, loss of dignity, mental anguish, and other intangible injuries."

When he moved Barrow Jackson appointed Babson Park Elementary Assistant Principal Rebecca Thomas as interim principal at Hillcrest. Interim Superintendent Alricky Smith is recommending that Trustees at their May 24 meeting confirm his decision to remove the interim designation and give Thomas full authority as principal. Two of the trustees, Danny Gill and Becky Gaston, said at a May 20 work session they would prefer Thomas remain as interim principal until Barrow's lawsuit is resolved, but Smith only needs four votes to affirm his choice.