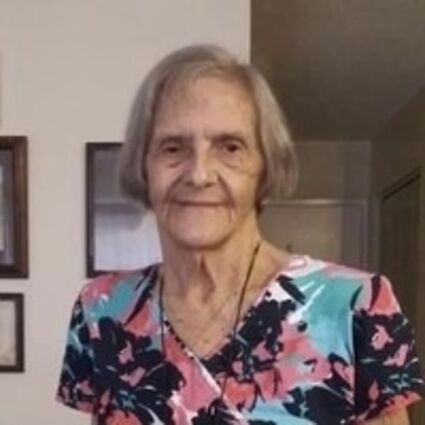 Regina Dolores Goepferich, 88, of Lake Wales passed away Friday, May 14, 2021 at Fellowship Home at the Fairway.

She was born September 30, 1932 in South Dartmouth, MA to the late Uldrick and Isabelle Senez. She moved to Lake Wales from Fort Lauderdale in 1985. Regina was a homemaker and attended Holy Spirit Catholic Church in Lake Wales. She volunteered at Lake Wales Hospital for many years and liked to cruise, read, crochet, and spend time with her family.

A visitation will be held from 11:30 a.m. until 1:30 p.m. Friday, May 21, 2021 at the Marion Nelson Funeral Home, followed by a funeral service at 2 p.m. at Holy Spirit Catholic Church. Interment will follow at Auburndale Memorial Park. A celebration of life will be held from noon to 4 p.m. Saturday, May 22, at 205 5th Street North, Lake Wales.