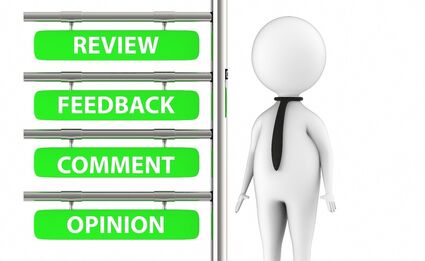 A recent statistically valid survey of residents in the northwest section neighborhood of Lake Wales revealed 60 percent of respondents say they "feel hopeful about the future of their neighborhood."

City commissioners recently discussed results of the survey, which was conducted by the ETC Institute, a national firm renowned for helping local governments gather data from residents to enhance community planning and the delivery of municipal services.

The survey, which was both mailed out and delivered by email, went to 768 participants in February and about 10 percent were returned.

According to the survey, 62 percent of respondents said they feel their neighborhood is safe.

Residents surveyed were asked to rate their opinion of the level of importance for various city issues, with crime/disorder leading the list at 83 percent followed by job opportunities (81%), neighborhood appearance (74%), housing conditions (71%), traffic conditions (69%), and nearby goods and services (67%).

Based on the sum of respondents' top three choices, 60% think crime/disorder should receive the most emphasis from city leaders over the next year.

"The way I would sum this up is most respondents, for the most part, get along well with their neighbors and they like living in their neighborhood but there are definitely some concerns and some things they'd like to see addressed." said ETC Director of Community Research Jason Morado.

The city has undertaken a number of projects in the area over the last few months, including two new low-income housing projects and a program aimed at long-time homeowners in the area that can provide up to $17,000 in funds for improvements to the exterior of their homes. The city is also well underway with year 1 of a 5-year plan to construct $2.5 million worth of sidewalks throughout the community.

A new community market event was held May 1 at the intersection of Lincoln Avenue and B Street in early May, near a new street mural that symbolizes the area's vibrant past and promising future and the site at 224 Lincoln where the city oversaw the demolition of a dilapidated building by its current owner.

In addition, a number of projects outlined in the award winning "Lake Wales Connected" redevelopment plan for historic downtown and the northwest neighborhood are in various stages of study and implementation. To learn about the various major capital improvement projects taking place, visit: https://www.lakewalesfl.gov/Projects.

"I think this is one of the best things that's been done in quite some time," Mayor Eugene Fultz said. "This survey can pinpoint the problems and tell us what the citizens would like to see happen over there. Before now, we were just getting scuttlebutt. These are the residents in that area saying these are the things that they have prioritized and the things we need to be working on. Using this particular survey is going to help us resolve some of the issues that have been taking place."

"I was very, very encouraged by this survey on several levels" Deputy Mayor Robin Gibson said. "Our goal is to provide the same level of city service, whether its police or whatever it is, for any citizen, regardless of where they live. If you're a Lake Wales citizen, you're special."

Commissioners also said it was important not only to get the information, but to formulate solutions to the problems identified.

"I don't think that analysis does any good unless it helps us remedy the situation," Gibson added. "We have excellent analysis, when we have these concerns, what are the remedies? Ultimately, the buck stops with us, we make sure those remedies get implemented."

"This is a great start. What are the solutions, and what are we going to do about it? I'm excited about it," recently elected commissioner Daniel Williams noted.

Williams also echoed comments by long-time Commissioner Terrye Howell about making sure there is continued emphasis on evolving policing issues in that area.

Fultz reminded that a current top-to-bottom assessment of the Lake Wales Police Department is now underway by the Center for Public Safety Management.

"The purpose of any survey is to get information directly from the people so that you can make decisions on delivery of services," Slaton said. "This was just the first one. It will become a regular thing."

Complete results of the survey can be found at https://www.lakewalesfl.gov/CommunitySurveyResults.