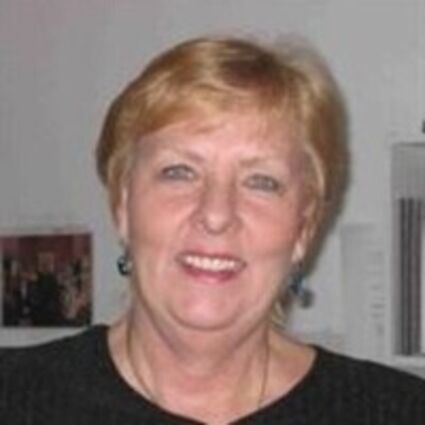 Lyn was born April 21, 1946 in Detroit, MI. She grew up in Warren, MI and graduated from Lincoln High School. With interests in Nursing, she attended Wayne State University in Detroit, MI, while she worked at Harper Hospital. She married Larry Jones in 1966 and gave birth to three sons, David, Brian and Adam in Milford, MI where the family had settled. Lyn and Larry eventually divorced.

Lyn re-settled on Big Pine Key, FL, not far from her parents' home. Eventually, she decided to go Logan University in Chesterfield, MO and become a Chiropractor. She graduated in 1993, passed board exams in Florida, and began her practice in Polk County, FL in 1994, where she remained in practice until her untimely death.

Through her life, Lyn was busy in all sorts of activities. In her early years, she enjoyed Girl Scouting, synchronized swimming, camping, canoeing, tennis, baton twirling, dance. She learned to sew as a youngster, and this followed her all her days: First, as far back as memory serves, Lyn would wear a freshly sewn (or pinned) outfit to attend an event. Second, as children were born in the family and among friends, Lyn would sew a beautiful baby blanket, which became a treasured "wubby" or "blanky" kept for the lucky recipients.

Lyn enjoyed going to the movie theater. She had a significant collection of DVDs to view at home. She loved talking about the actors, the plots, the special effects, always able to fit a Hollywood quote into a conversation.

Lyn liked to seek out the unusual. For instance, she tried sky diving the first time on her 60th birthday, recently saying she wanted to celebrate her 80th the same way. She was fearless (except for spiders).

Lyn kept continuous communications open with her family and friends. Lyn traveled as much as she could to see people and places. She had planned a trip to Michigan in December.

Lyn was an active member of The GFWC Woman's Club of Lake Wales, which posted a lovely eulogy for Dr. Lyn at https://www.facebook.com/thegfwcwomanscluboflakewalesinc/.

In lieu of flowers donations may be made to The GFWC Woman's Club 275 Park Avenue East, Lake Wales, Florida 33853.