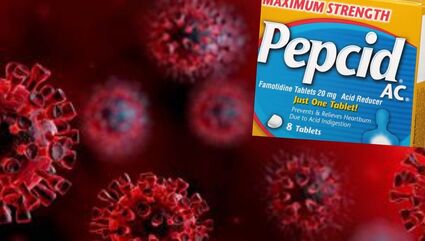 A Polk County Commissioner is coming under fire for promoting a common ulcer medication as a cure for Covid-19. There is no medical or clinical evidence to support his claim.

Neil Combee, who represents the northwest corner of Polk but is elected county-wide, asserts that "the government knows" that the over-the-counter medicine is effective but is covering it up for unknown reasons. He offered no explanation as to why any authority would do so but says that he "doesn't trust government."

Known as famotidine and marketed as Pepcid-AC, the drug is used to reduce the production of stomach acid in ulcer patients, and may cause significant interactions with other medications.

Combee, a Republican, drafted a letter addressed to Governor Ron DeSantis encouraging him to promote the unproven treatment. DeSantis has himself stoked controversy by promoting post infection treatment but not prevention. He has also asserted that he has authority over local governments, including counties, cities, and school boards, allowing him to determine whether they can mandate masks, even within their own schools and public offices. His claim was recently rejected by the courts.

Combee's letter also promotes the use of Ivermectin, a parasite treatment being advocated by certain right-wing podcast and talk show hosts. It has been responsible for a wave of overdoses in Oklahoma that have led to hospitalizations and even blindness, according to reports.

The controversial letter has gained the support of three other commissioners, with only Commissioner George Lindsey voicing his opposition, saying that the letter is far beyond the authority or expertise of the Board of County Commissioners. Combee, a former state representative, has served in a variety of elected and appointed positions since 1988.

The Covid-19 pandemic has killed nearly 1,400 in Polk County, and hospitals are currently over-crowded and under-staffed. As of mid-week there were more than 400 Covid patients in Lakeland Regional Health alone. Almost 60 were sedated and on life-support ventilators. AdventHealth Systems, which includes Advent Health Lake Wales, has arranged for mobile refrigerated units to store the bodies of Covid victims. The seven-day average of new daily cases in Polk County is 885. Nearly a quarter of cases nationwide during the past week have been among children. Several have died, including infants.