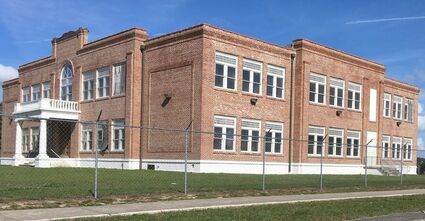 A million-dollar second mortgage will fund the renovation of the original 1919 Lake Wales school building into new classroom space under action taken by the Lake Wales Charter School System. The building has been a white elephant and neighborhood eyesore for many years, and the plan brings relief to many.

The path to the new loan was cleared Wednesday evening by the Community Redevelopment Agency board, which recorded no opposition to the mortgage being offered by Citizen's Bank and Trust. Because the CRA holds the first mortgage, Citizens Bank and Trust wanted assurances that the CRA would have no objection to the second loan. The CRA sold the property to the Charter School System for $575,000 several years ago and agreed to hold the note.

The locally-controlled Charter School System has since used adjacent property for the initiation of Bok Academy North, a middle school that is relieving overcrowding at the original Bok Academy located south of the city. When completed the new facility will allow for expansion of that campus.

The two-story red brick building has a checkered history, having been used as a storage facility by the Polk School board for years following a major fire in 1976 that destroyed the larger main high school building adjacent. In 1996 the building was given to the city at the behest of long-time museum director the late Mimi Hardman, who had hoped it would become a performing arts center. The failure to raise sufficient funds to complete it left it in limbo. After the city commission voted to transfer title to the CRA, the board was able to negotiate the direct sale to the Charter Schools.