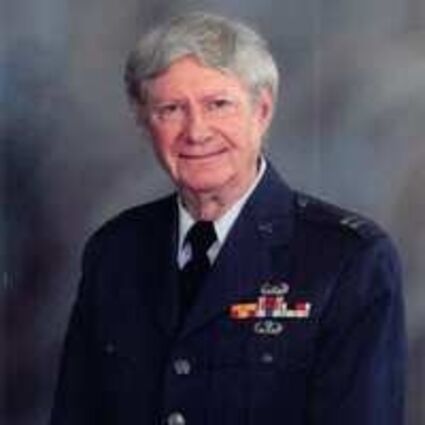 James Hodnett Walb, 93, of Frostproof, passed away in Sebring, FL.

Born February, 25, 1928 to the late James George and Mary (Hodnett) Walb in Clearwater, FL, he moved to the area 38 years ago from Miami.

He served his country in both the Army where he was a paratrooper in WW2 and the United States Air Force where he moved up the ranks to Captain.

He was a manager of flight emergency procedures for Pan American Airlines, and a member of the First Baptist Church of Frostproof. He was an active member and served as Commander of AWANA. He was very patriotic and loved football.

Survivors include his daughters: Lynn Barna and her fiancé Jeff Gilbert of Frostproof, and Christina L. Browne and her husband Andy of Lakeland, FL; 3 grandchildren: Devin, and Conor Browne and Brent Barna; and 3 great grandchildren.

A celebration of his life will be held Saturday, September 18th at 2:00 PM at the First Baptist Church of Frostproof with Pastor Darrol Hood officiating.