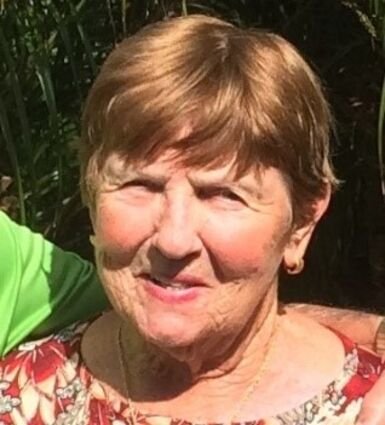 Sue A. Allende, 90, of Hart, Michigan, formerly of Lake Wales, Florida, died Wednesday, September 15, 2021, at Cherry Blossom Manor in Hart. She was born September 25, 1930, in Shelby, Michigan, the daughter of Larry and Ethel (Ward) Henry.

Sue grew up in Shelby and married Ted Hodges, Jr. in 1951. They were married for 40 years until his death in 1991. Sue enjoyed golf, running long races, cross country skiing, bowling and really loved playing bridge.

After Ted’s death, Sue moved from Hart to Lake Wales, Florida, where she was able to play golf every day. She then met Gabriel Allende and they married in 1997. They had many happy years together golfing, traveling, spending time with friends, and just enjoying life. She truly made the most of her retirement years, living them to the fullest.

Memorial services will be conducted at 1:00 PM, Sunday, September 26, 2021, at Beacon Cremation & Funeral Service, King-Hart Chapel, with Adrian Eising officiating. The family will receive friends from 12:30 PM until time of services Sunday at the funeral home.

Memorial contributions may be made to the VFW.

Beacon Cremation & Funeral Service is in charge of arrangements.