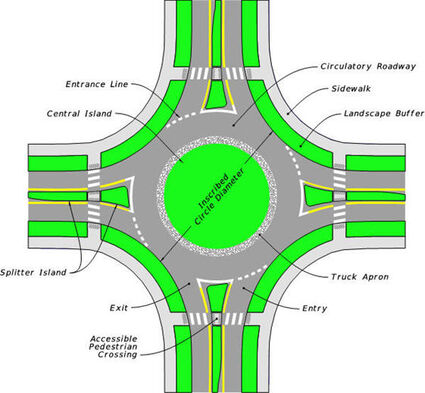 With hundreds of new homes slated for construction along the booming Buck Moore Road, Lake Wales City Commissioners have unanimously approved hiring an engineering firm to conduct a traffic study to keep things moving along that corridor.

"This is a proactive step to anticipate and mitigate any impacts" from the new subdivisions, City Manager James Slaton said in introducing the proposal at a Commission workshop. "We want to do the corridor study now to have it in place when the time comes to mitigate any impacts."

The road is designated CR 17B, part of the county network. It is currently rated at a "Level of Service B" and standards would allow it to drop to LOS D before action is required, but advance planning is expected to identify ways to keep it from becoming a clogged thoroughfare.

According to City planners there are five new subdivisions planned that will directly access the roadway. Between them they will include 684 new homes, some of more than 8,300 expected to be built around the city. Other large developments along Burns Avenue and Mammoth Grove Road are also expected to add traffic demand to the corridor.

At the commission's action the city will retain the firm of VHB to conduct the study, which will include both short-term (five to ten years) and long term (to 2045) projections and solutions. VHB operates more than 30 offices along the Eastern United States. Their report is expected to consider bicycle and pedestrian needs, public transit, and vehicular traffic.

As part of the $25,000 study, traffic counts and turning motions will be conducted for each intersection along the road, including Sunset Drive, Grant Road, and the existing entrance to Sunset Point subdivision. It will also consider the two end-point connections. The proposal from VHB states that they will consider "both traditional and non-traditional" improvements such as roundabouts.

Lacy went on to point out that roundabouts "are safer, any collisions that do occur are low speed, not crossing actions," and added that they also limit idling and acceleration after full stops, thus reducing carbon pollution while improving fuel efficiency for drivers. "Plus they allow for amenities like landscaping" and offer a reduced cost of maintenance for traffic signals and electricity.

FDOT replaced a dangerous intersection at Scenic Highway and Hunt Brothers Road with a roundabout several years ago, resulting in a significant drop in crashes and improved traffic flow with fewer delays.

The study is expected to take about 90 days during which time the roadways involved will be monitored with cameras to determine existing traffic counts.