Some of the Funds Expected to Trickle Down to Polk, Lake Wales Charter Schools 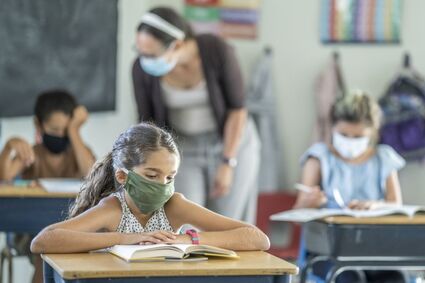 Federal funds may help hire tutors and counselors to help students deal with the disruption caused by Covid-19.

The Florida Department of Education has finally submitted a plan outlining how federal relief funds will be used to help schools recover from the COVID-19 pandemic. The plan is four months late and Florida was the last state in the nation to submit one.

On the line is $2.3 billion in additional COVID relief funds, adding up to a total $15 billion earmarked for Florida's COVID recovery in schools.

The Florida Phoenix has been writing about the issue for months now, with the DeSantis administration sitting on billions of dollars that could help Public Schools.

Back in March, the Biden administration announced that $122 billion dollars nationwide was available for schools from the American Rescue Plan act, with two thirds of the money immediately available to states and the remaining third contingent on the U.S. Department of Education's approval of a state plan indicating how the funds will be used.

Florida's share of that would total out to some $7 billion, with $4.7 available to the state that day and the approval of the state plan releasing the remaining $2.3 billion, but the plan languished for months. Meanwhile, districts are still waiting for the money for additional tutors for struggling students, address the costs of additional sanitation practices in schools, and help with kids with mental health concerns as a result of the pandemic.

Florida's state plan is now posted to the USDE website - dated Oct. 6 - four months past the deadline set by the feds.

In a Wednesday email, The Department of Education insisted that it did not miss any deadline, despite the fact that the USDE website says that the state plans were due on June 7, and a letter was sent to Education Commissioner Richard Corcoran indicating that it had.

The Department's Wednesday email said that they could not send the plan in earlier because they had waited for the results of statewide assessments and conducted a survey of education stakeholders, which involved feedback from Florida district superintendents, among other reasons.