Huge Solar "Farm" Will Be Constructed in Lake Wales 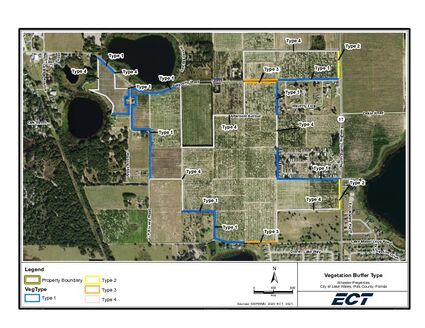 If electricity came in flavors, your lights might be smacking their lips when you flip the switch once a major solar power project is completed in Lake Wales.

A 600-acre property just north of Dinner Lake stretching beyond Waverly Road into Dundee will soon be the site of a sprawling solar "farm". The project received approval from the Lake Wales Planning and Zoning board Tuesday after project developer TECO Energy made some minor adjustments to the vegetated buffers around the project, intended to block it from view. Approval from the Town of Dundee is expected to follow in coming months.

The site lies between US 27 and Scenic Highway. According to Tampa Electric Media Spokesperson Cherie Jacobs, the project will generate 74.5 megawatts of electricity, enough to power about 11,500 homes.

The position of the facility will create a buffer between Lake Wales and Dundee, avoiding further residential development in the area, which has already seen a rise in traffic counts as more building occurs. The project is expected to generate significant tax revenue for both municipalities. The land is registered as belonging to Wheeler Waverly Grove, LLC. The Florida Division of Corporations identifies several family members as residing in Lake Placid.

Sustainable solar energy is a natural for Florida, which does not offer the steady winds suitable for wind generators, common in the American heartland. Renewable clean energy will be required to replace aging and polluting coal and gas fired generators. TECO currently has 650 megawatts (MW) of solar power (enough to power 100,000 homes) and plans to double that number by the end of 2023, when the local project is expected to come online.

Jacobs noted that the project will produce no emissions and generate virtually no traffic. TECO also touts the fact that solar energy uses no water to operate. Their solar installations thus far have saved more than two billion gallons of the precious and dwindling resource. Cooling traditional generators uses enormous amounts of water. 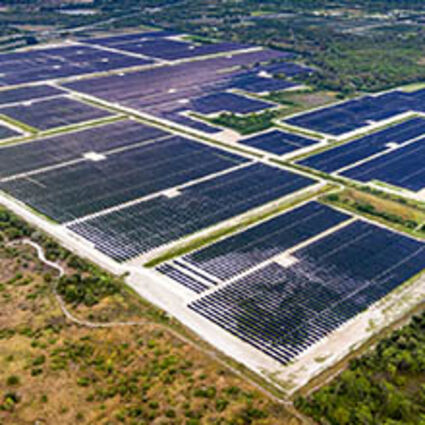 A similar solar project near the Little Manatee River shows a typical arrangement of arrays. The project may contain up to 200,000 individual panels when completerd.

The project will comprise some 170,000 to 200,000 panels manufactured by First Solar (FSLR), a US company that uses a thin-film photovoltaic process rather than the more common crystalline silicon panels. Construction will take 12 months and require 200 to 300 workers, according to Jacobs. A substation will be built on the west side of the project to connect it to the grid.

The project follows two other large solar projects in the vicinity of Bartow, one near the Peace Creek/Peace River junction, and the other west of US 98 north or that city.

Construction at the site is planned to begin early in 2023. Management of the project will be accomplished remotely with technicians visiting the site only as needed. Undergrowth on the fenced sites will be controlled by some 100 to 150 sheep, meaning mowing will not be necessary. (We aren't certain what flavors the sheep prefer)