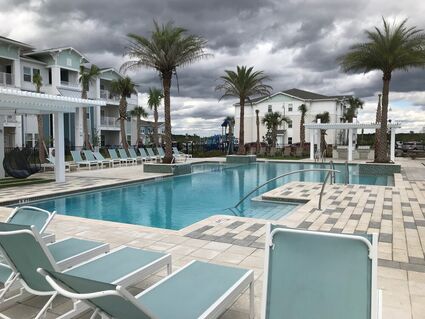 Only months after a May 4 grand opening, the 335-unit Serenity Apartments near Eagle Ridge Mall have hit more than 96% occupancy, and expect to be filled "in a week or two" according to leasing staff on site.

"People are coming from all over," said Leslie Adams, leasing consultant for the owners, NM Residential. "We have several new residents who work at the hospital in Sebring. We have people from New York, South Florida, the islands..." People are cominig to Lake Wales for many reasons, she added.

The complex began leasing units during construction and the pace accelerated after completion. Serenity features a wide range of amenities with upscale prices to accompany them. Among the nine floor plans originally available, rents range from $1,250 to $1,295 a month for one bedroom, $1,485 to $1,610 for two bedroom, and $2,070 to $2,300 a month for three bedroom apartments. The largest apartments are 1,627 square feet in the 3-bedroom, 3-bath Celestial. The smallest 1-bedroom, 1-bath Bliss unit is 756 square feet. Every unit has an open air lanai.

Serenity is only the second complex in Lake Wales that fits the "luxury" category. The first, the Preserve at Lake Wales, was built several years ago and has a months-long waiting list for vacancies, according to staff there.

The housing shortage, an almost nation-wide phenomena, has been especially acute in high-growth areas, and has led to a wave of annexations and development proposals for the City of Lake Wales. It remains to be seen whether the demand is a temporary situation, or if it persists long enough to see thousands of new homes built in the area. 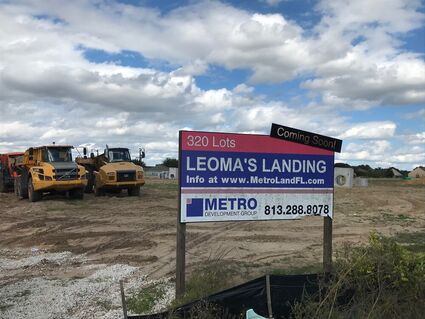 Less than a mile east of the apartments, a 320 unit subdivision is being laid out. Leoma's Landing also faces busy Chalet Suzanne Road, and is one of several new developments in the area. To the west is the vast tract owned by the private family-owned Winter Haven Corporation, lying within the city limits of Lake Wales. It is ultimately expected to host 6100 housing units in a variety of forms, including apartments, townhomes, and single-family houses, along with a significant amount of commercial and office space.