Funds Will Be Used to Expand Inventory to Serve Displaced Families and Individuals, Teach Skills 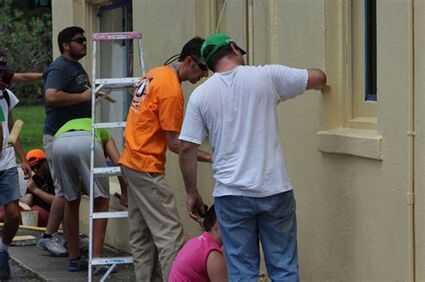 A significant investment in rehabilitation for both existing housing and needy residents is likely to result from a successful grant application by the Lake Wales Care Center. That 36-year-old organization has been notified that they will soon receive $1 million in grant funding after emerging as the top non-profit applicant in Polk County under the American Rescue Plan.

"My first thought was just 'wow, what an honor,' because there are a lot of good projects and good programs out there," said Care Center Executive Director Rob Quam. "We had been warned that they had four times as much in requests as funding. We were humbled because it shows the level of confidence that people have in our program."

The Care Center operates several "transitional housing" sites in Lake Wales and requested the funding to expand their capacity. The funding will allow the organization to pursue additional sites. "We have taken a number of dilapidated buildings and put them it good order," Quam told LakeWalesNews.Net. "We have identified 14 different possible projects," adding that the preference of the organization is that the housing "blend in with the neighborhood."

"We want our residents to feel that they are part of the neighborhood, not wearing a scarlet letter," Quam said.

In a tour of existing sites scattered in neighborhoods around downtown Lake Wales, Quam proudly pointed out the well-maintained properties, each equipped with play equipment for children and areas for cooking out and relaxing. Homes are maintained through a combination of volunteer labor and paid maintenance staff.

Potential projects to be funded through the grant include both rehabbing existing structures and a less likely scenario of new construction. "We only own one newer structure," Quam said, "and it was purchase in a half-completed form."

That one-time single family home design now provides a six bedroom communal living space for learning-disabled students, who live there on weekends to develop housekeeping skills and "give their parents a respite without the students feeling like they are being thrown out of the house," Quam said.

"Our clients come to use for a variety of reasons," Quam said, citing problems as simple as a serious lack of financial management skills to past issues with drugs, domestic violence, long-term unemployment, or physical and mental limitations. "In nine to twelve months they are theoretically ready to move out" and become contributing members of society," he added.

The clientele residing in the homes have been screened through an extensive process that evaluates their physical and mental health, employment and spiritual backgrounds, history of substance abuse and other issues. "We are, after all, a faith-based organization, so we care about the whole person," Quam said.

"Everyone works if they are physically able," Quam said, listing several programs run by the Care Center that offer employment training. "They repair bikes, sort books, work in the store," he said, learning job aptitude skills that will make them more readily prepared to enter the job market.

The American Rescue Plan was created by the Biden administration, approved by Congress and signed in to law by President Biden on March 11. The local funds result from a ranking agreed upon by the Polk County Commission, which received $140 million in Rescue funds. The lion's share of those funds were quickly appropriated for county infrastructure programs, but some $10.4 million was offered to area not-for-profit organizations that could identify needs and impacts of the Covid-19 pandemic. 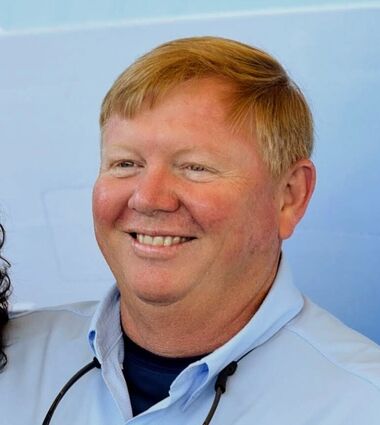 Quam indicated that they prefer to rehabilitate small-scale existing buildings rather than larger properties, to remain in keeping with the "neighborhood" feel they try to instill in their residents. Staff will spend the next several weeks evaluating possible acquisitions to rank them and create a project budget.