New Structure May Host Other Businesses 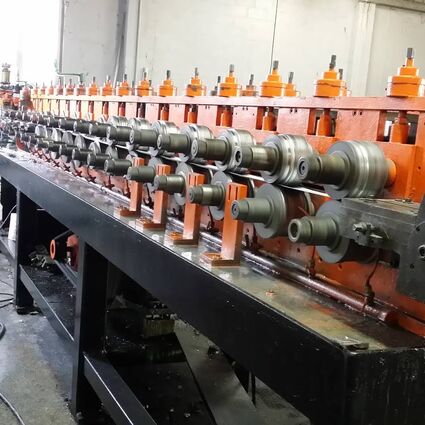 Rollers are used at Window Screens Now to shape the raw "ribbons" of aluminum into screen frames, which are then cut and joined to build the finished product.

Business is booming for many local enterprises, no less so for Lake Wales entrepreneur Chad Riedel, who grown his operations beyond the capacity of several facilities since starting work here in 2002. Riedel, 48, now has plans to construct a new building at the Lake Wales Commerce and Technology Park that will allow him to grow his business to meet demand.

The Lake Wales Community Development Agency approved the sale of lot five at the park, formerly known as Longleaf Business Park at Tuesday's meeting. The CRA sold the bulk of the lots there more than two years ago.

Riedel's business currently operates as Window Screens Now from a building at 2325 State Road 60 West, the former location of Rags and Riches Floor Coverings. He manufactures finished window screens in custom sizes for commercial customers with a present staff of "about ten" employees. The work normally requires extra temporary staff during the busier summer season, but Riedel now plans to double his staffing to keep up with demand.

Asked if he supplies major commercial window manufacturers, he replied that "as busy as we are we couldn't even take it on." Much of his work is done for large commercial end users, including school boards and Dollar General Corporation.

Riedel indicated that he expects to replicate the building on adjacent lots, "one every year and a half," eventually expanding to perhaps three such structures. He is purchasing lot five in the park for a negotiated price of $60,000. The lot is in the southern portion of the park, near a three-story multi-tenant office building.

"I'm thinking of putting up a building of about 100 feet by 200 feet," Riedel said, "with about ten bay doors. Some of that space could be leased to other small businesses. There's really no where here they can go" in Lake Wales, forcing some light manufacturers and service businesses out of town. 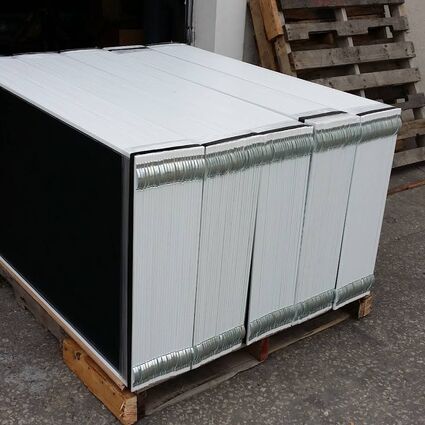 Finished products are bundled and palletized for shipment from Window Screens Now to customers nation-wide.

Riedel has lived in Lake Wales since 2002 when he relocated from Pompano Beach. During the ensuing years he has moved his business several times to gain extra space, moving as far away as Lake Hamilton. He plans to make the local business park a permanent home. The business processes ribbons of aluminum into screen frames through a complex bending process. The resultant screen channel is then cut to custom sizes so that crews can assemble and screen the frames. They also offer bulk screen and spline materials for sale.

The rising price of aluminum has been a factor in his calculations, as a 40,000 pound truck load formerly cost him $1.30 a pound. That figure is now $3.90. Much of the aluminum he uses is actually recycled from cans, so he can see the benefit of home recycling from a personal perspective.

Construction on the property is probably almost a year in the future, Riedel says, citing the necessary design and engineering work. The business park offers lots that are already platted and equipped with city streets, water, sewer, and streetlighting.