Two Adult Students, Both From Winter Haven, Included. One Had Gun 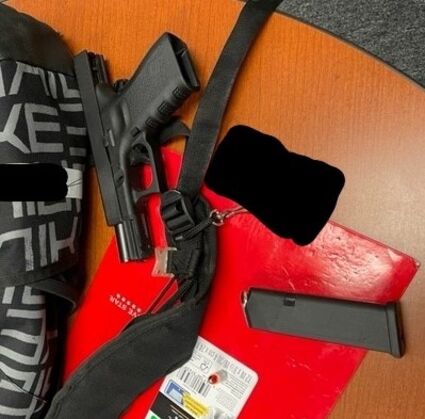 A brawl that erupted on the campus of Lake Wales High School Wednesday ended with Lake Wales Police putting six students in handcuffs. Two of the students involved were over age 18. One had a concealed weapon in his backpack. All six students have been transported to the appropriate facilities.

Police arrested 18-year-olds Courtney Brown and Nicholas Young, both of Winter Haven. A search of Brown's backpack led to the discovery of a loaded Glock 26 handgun. The gun had not been displayed during the fight, which started just after noon. Numerous officers from Lake Wales Police Department responded to the call.

The four other students arrested were minors, whose names have not been released. Charges are pending against all six, and were not available at press time. The campus of the high school is normally quiet, with very few incidents reported. The entire campus remained on lock-down after the fight.

Police are asking other students and witnesses to come forward to share what they saw in order to piece together the details of the brawl. They are being encouraged to contact School Resource Officer David Hernandez at 863-676-4223. Anyone wishing to provide an anonymous tip may call the Heartland Crime Stoppers at 800-226-8477. or This story will be updated as details emerge.**tips from a cell phone.