Representatives of Development Team to Present to City Commission Tuesday 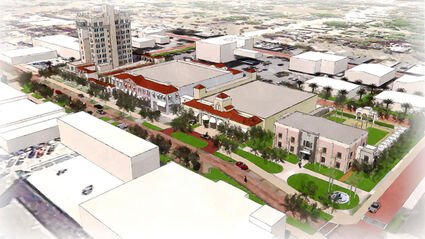 Details of the pending redevelopment of the Walesbilt Hotel continue to emerge as members of the development team prepare to share plans with the City Commission at Tuesday's meeting. The long-awaited hotel project is seen as the lynchpin of downtown project being sparked by the Community Redevelopment Agency.

The CRA has authorized the issuance of bonds up to $18.5 million to fund extensive reconstruction of downtown streets as part of the Lake Wales Connected plan. That project has added impetus to the hotel project through the anticipated lush streetscaping and other features included.

At Tuesday's meeting it is expected that several members of the project team will share their credentials and plans for the project. Among them will be Daniel Greenberg of Blue Chip Commercial Capital, LLC, who reached out to LakeWalesNew.Net to explain the status of the project following reports of the potential lawsuit.

Instead of discussing a potential suit, City Commissioners should be in discussion about the ways the project can best synchronize with CRA plans, he said.

"The economic impact of the project is projected to be $100 million over four to five years," Greenberg said, making it one of the biggest projects seen here in years. "We are pre-approved for construction finance, so the next big step is forming a partnership with the City of Lake Wales," he said.

Greenberg who serves as executive vice-president of Realty services for Blue Chip, shared the background of the project and the many steps that have been completed to get it to this point, which include the construction financing package. Greenberg said construction is projected to take about 18 months from start to finish, barring interruptions by "hurricanes or supply-chain issues."

"Projects like this take a partnership," Greenberg said of the City Commission. "With Orlando exploding so much, Lake Wales is poised to blow up. We expect five to ten percent growth each year for the next five to ten years."

Greenberg pointed out that downtown Lake Wales will need parking, particularly after the completion of the Lake Wales Connected streetscape project. "It would be a shame to put all that money into downtown redevelopment and not be able to use it because of parking," he said. "If we're partnering with the City we can create a solution for the whole downtown. We need to create a win-win so that we're a full team."

Blue Chip, formerly known as Touchstone Capital, has many decades of commercial finance experience including hotels, apartments, and other commercial properties. The managing member is Christopher Shirley, who also serves on the board of directors of US Hospitality Group, a hedge fund backed, hospitality and mixed-use development company based in Miami. The eleven-member board also includes Jeff Blass, former Chief Operating Officer of SunTrust Bank, and other recognized names in financial circles.

Greenberg explained that Blue Chip Commercial Capital serves as "correspondent brokers" for the venture-capital construction financing, which the group intends to replace once the building is competed. After a two to three year "stabilization" period the project would qualify for a still lower rate, long-term financing.

Other major players involved in the process have come to light in recent days, including Buena Vista Hospitality Group, and Preferred Hotels and Resorts, joining noted historic preservation architect Rick Gonzalez, who currently serves as vice-chair of the Florida Historical Commission. 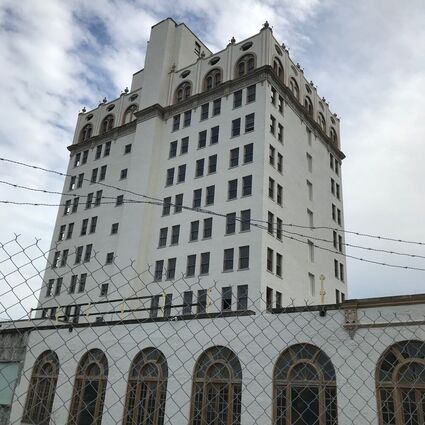 The Walesbilt Hotel has been vacant since 1995. It was built using bonds sold by community leaders in 1925-26, giving it deep ties to the community's history.

City Commissioners placed pressure on the development team by taking up discussion of a possible lawsuit last Wednesday. The team is responding, with several members planning to attend Tuesday's meeting.

Asked about project architect Gonzalez's designs, which include a large conference center, garage, and other facilities on property to the west of the hotel, Greenberg acknowledged that those features would make the project stronger. "Yes, we can do the Walesbilt just on its own," he said, "but it works better as a full site."

Property owner Ray Brown, who has worked on the project for ten frustrating years, is excited about the current situation. "I'm proud to have such a high-powered team," he said.