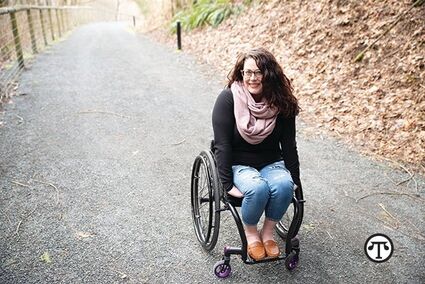 For decades, medical researchers struggled to solve the mystery of how to reverse paralysis caused by serious spinal cord injuries. Finally, hope appears to be at hand.

Dr. Silver's innovation offers renewed hope for the estimated 300,000 to 500,000 North Americans who dream of one day regaining sensation and motor function in their paralyzed limbs. This is similarly the case for more than a million Americans who have debilitating peripheral nerve injuries.

Remarkable video footage shows how paralyzed mice regained some of their ability to walk again after receiving an experimental drug treatment.

The injectable pre-clinical therapy, which is designed to regenerate nerve cells in spinal cord injuries, is being developed by researchers at Northwestern University in Evanston, Illinois.

However, the scientists have yet to make the big leap from animal to human clinical trials, meaning that this drug candidate is quite a few years from potentially being approved by government regulators for commercialization.

Another experimental therapy has achieved even more impressive results with most laboratory rodents regaining coordinated movement-even enabling previously paralyzed rats to climb tiny ladders-and it is much further along on the developmental curve.

This novel drug candidate is known as NVG-291 and is the brainchild of a renowned neuroscientist, Dr. Jerry Silver, who has licensed his technology to a Canadian life sciences company, NervGen Pharma Corp.

With no approved pharmaceuticals for spinal cord injury, it is heartening that NVG-291 is undergoing Phase 1 clinical trials, aimed at demonstrating its safety and lack of toxicity in healthy human trial volunteers.

This drug candidate is primed for important studies in patients in 2022. This is when its efficacy will be put to the test for the first time in humans afflicted by a range of debilitating spinal cord injuries and other nerve damage. Dr. Silver says he expects to get impressive results due to the surprising similarity between the central nervous systems of rats and humans.

His advanced-stage research work has taken on a greater urgency as the pharmaceutical industry has yet to bring to market any drugs that are able to repair injured nerves and let patients regain or improve key bodily functions. Unfortunately, current treatments that simply slow down or mitigate the debilitating effects on the human body resulting from the mass death of neurons in the brain or spine do not work in spinal cord injury.

Accordingly, Dr. Silver envisions that NVG-291 has the potential to revolutionize the treatment of spinal cord injuries. This is because it is designed to heal nerve damage by unleashing the body's natural ability to repair itself. NVG-291 doesn't just repair nerve cells, it creates new neural pathways via the extraordinary process of neural plasticity.

This work has been independently replicated in a German laboratory by other scientists, who also used rats. Interestingly, they used doses of NVG-291 that were 50 times higher than used by Dr. Silver. The study achieved even better recovery outcomes, while noting no toxicity issues with the rats from experiencing such comparably high doses.

Dr. Silver says, "It is our hope that this technology can improve the lives of the many people living with debilitating nerve damage. And we're very confident that we're on the right track."