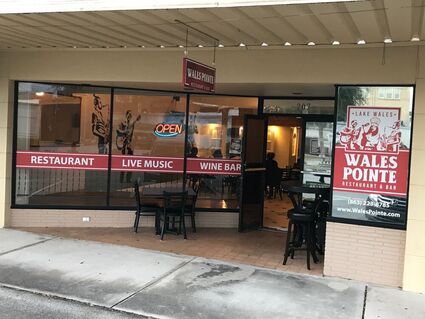 Wales Pointe is just across from the famous Olmsted town clock on Park Avenue downtown. They are open six days a week, closed Tuesdays

Wales Pointe is the city's newest restaurant and is already proving to be yet another bright spot downtown. Located at 207 East Park Avenue across from the well-known town clock, Wales Pointe occupies space that formerly housed Tres Jolie, a French café restaurant. A few outdoor tables offer dining "al fresco."

Serving a varied menu for breakfast, lunch and dinner, Wales Pointe also hosts a great Sunday brunch that offers a late breakfast menu into the afternoon. Designed to host live music, weekends have already featured a variety of music and jazz acts since they began serving dinner in early January. This Friday, popular saxophonist Randy Corinthian will be the added attraction to a lively dinner opportunity.

Offering a selection of beer and wine, the menu includes many popular favorites including Shrimp and Grits and a vegan pasta dish with fresh veggies. Grandma's Lamp Chops are pan-seared with a garlic and rosemary sauce and come with a choice of two sides.

Simpler fare, including sandwiches such as a Reuben, Pork Tenderloin, and a gourmet burger served on a brioche round out the menu. Don't miss the grilled Mahi sandwich, or the onion rings, described by some as "the best ever."

Appetizers such as chicken wings, a 'Cajun crab dip, and quesadillas are available all day along with a Caesar salad served with chicken or shrimp, and a Chef's salad with ham, turkey, tomatoes, onion, and hard-boiled egg. 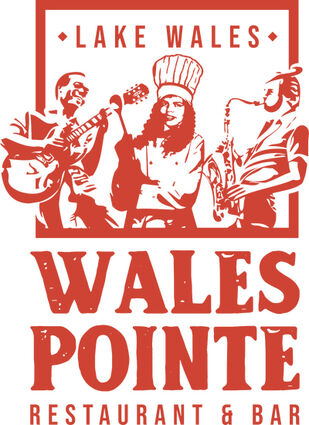 Owner Tiffany Davis is a Lake Wales resident and decorated Army veteran who has served in the Middle East. She also serves on the city's police community relations board. Her contagious laughter is often heard as she chats with customers and friends. Her oldest child is a Lake Wales High School student and soccer standout who sometimes helps around the dining room.

Davis' enterprise was motivated in part by the restaurant incentive grants offered by the Lake Wales Community Redevelopment Agency. Her efforts involved moving interior walls, completely remodeling the kitchen, and adding many new facilities including a dishwasher/sterilizer and a large-capacity ice-maker.

What a treasure! My girlfriends and I have discovered a new weekly place to meet! So glad to have a local, non-chain restaurant that serves great food prepared perfectly and a staff that is so gracious and friendly. 5 Stars!

I've eaten there four times and loved the place. I'm especially partial to the Eggs Benedict and the Reuben Sandwich.