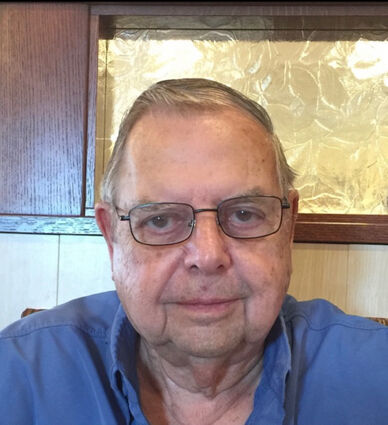 David Hazlett was born and raised in Northville Michigan, to Beatrice and Percy Hazlett, the sixth of seven children. They were a close family and he spoke lovingly of them often, making sure to keep in touch across the time and distance. David met his future wife Ellen Pearl Stark while attending Northville High School, before enlisting in the US Army.

David and Ellen married in Northville and lived the Military life for a few years, moving to Virginia and giving birth to their first two children, Jeffrey David and Mary Ellen Hazlett.

After his commission ended, David and Ellen moved to Eau Gallie, Florida where Ellen had family, and eventually worked their way up to owning a small bakery whose main customer was Patrick Air Force Base. After a few years, David was offered a store manager position with Sears at a brand new shopping center in Lake Wales Florida. During this time, they had had two more children: Suzanne Kathleen, and John Donald, so the whole family packed up and moved to Lake Wales Florida.

David and Ellen remained in Lake Wales throughout the rest of their lives and loved both the people and the area they had chosen.

David was a skilled carpenter and a gifted woodworker, as well as a mechanic who enjoyed creating many beautiful things out of ordinary (and sometimes unusual) base materials. He wasn't an artist – he was a craftsman. He was a kind, generous man who cared deeply for others.