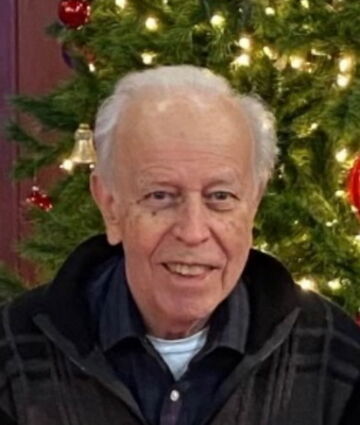 Orie Lee Hostetler, age 82, of Winter Haven, Florida died on February 1, 2022. Orie was born in Orrville, OH. He was the youngest child of Ammon J. and Lena (Weigley) Hostetler.

He was preceded in death by his parents, his siblings, and sons-in-law Robert L Burns, Jr and Donald R. Hatten.

Orie graduated from Orrville High School in the Class of 1957. He received his BS in Biology from Manchester College in 1961 where he was also a member of the football team for 3 seasons.

An employee of the Orrville Milk Company for 19 years, Orie was the head of the quality control for the dairy. He also attended Penn State University's ice cream short course. Orie was instrumental in the development of the soft serve ice cream recipe used by the region's ice cream stands.

After moving to Winter Haven, Florida in 1982, Orie was employed by Alcoma Packing, an orange juice processing plant in Lake Wales, Florida, as the head of quality control. He retired as the plant manager after 21 years in 2004.

Orie was a member of East Chippewa Church of the Brethren in Smithville, OH and attended St. John's United Methodist Church in Winter Haven, FL.

A man of integrity, Orie was respected and appreciated by all who knew him. His work ethic, problem solving skills, and attention to detail were instilled in his children. He dedicated his life to taking care of his family and giving back to his community. As a regular blood donor, working at Inspiration Hills COB Camp, volunteering with a COB disaster relief team, or using his loom to make rugs for the homeless, Orie quietly worked for others.

In lieu of flowers, the family suggests donating to Heifer International or donating blood to the Central Blood Bank.

A service to celebrate Orie's life is being planned for on Sunday, March 20, 2022 in Wayne County, Ohio.

Auble Funeral Home in Orrville is handling the arrangements. Online registry and expressions of condolence may be made at http://www.aublefuneralhome.com.