By Robert Connors and Suzie Schottelkotte 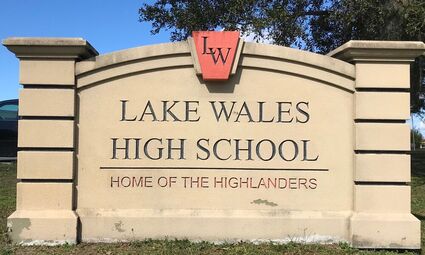 Shaken community confidence in the search for a new superintendent to lead the Lake Wales Charter School system has generated a wave of criticism from educators, community leaders and parents, amid suggestions that the system may see a "mass exodus of quality employees."

Following a stunning revelation last week that Lake Wales High School Principal Donna Dunson has retained legal counsel in the face of "harassment," others involved in the school system are questioning the integrity of the process. Some say the board simply has gone through the motions of a search while fully intending to implement a pre-ordained outcome.

Michele Moses, a former classroom teacher at Bok Academy and student parent, wrote a lengthy letter to the Trustees expressing her "disappointment in the way the process was mishandled" and warning that educators are poised to quit.

Moses complained that the search committee's final vote to nominate three semi-finalists was ignored when the Trustees voted to advance the top five candidates.

"A Miscarriage of Duty"

"To allow that meeting to be upended by (search committee chair) Mr. (Al) Goldstein was a miscarriage of the duties of this board," she said in her letter to the trustees.

The year-long search for a new superintendent began after former Superintendent Jesse Jackson resigned last February. Andy Oguntola, then chair of the Board of Trustees, helped to craft the process to find a replacement. Oguntola then stepped down as chair during the summer, only to become a candidate himself.

Trustees in September attempted to limit their search to only local candidates. That act was met with a community uproar demanding a nationwide search, which drew a total 25 candidates, including three from Polk County. The committee whittled the list to three semi-finalists for the trustees' consideration, and Oguntola was not among them. But at Goldstein's urging, the trustees expanded the list of finalists to the committee's top five, pulling Oguntola back into the running. One of those finalists has withdrawn, leaving now only four. The trustees are expected to make a final decision Feb. 22.

"I believe the School Board did not exercise its fiduciary duty when last September it tried to suspend a national search in order to only consider local candidates," said Henry McCance in his own letter to the Trustees. McCance has personally donated more than $5 million to the Charter School system to fund enhancements.

McCance's investment in the Charter schools has borne fruit, enabling the system to excel and leading Dunson's Lake Wales High School to be well-ranked by the US News and World Report.

McCance also questioned Goldstein's handling of the committee report and the way the trustees received it.

"Because Andy Oguntola, Al Goldstein's preferred choice, only got four tally votes, Al Goldstein recommended that the board dismiss the work of the committee," he said. "He basically pushed the Board to ignore the Search Committee's recommendation. Amazingly, the Board with very little discussion, eventually passed a motion to accept all five semi-finalist candidates as finalists.

"Those voting 'yes' on this motion made sure that their former Board colleague and friend, Andy Oguntola, was advanced to the finals even though a majority of the Search Committee concluded that Oguntola was not as qualified," McCance wrote.

"I feel that the long hours of work by the Search Committee was undermined by the Chair Al Goldstein, and his presentation to the Board. These actions suggest that the Board is not exercising its fiduciary duty."

In her letter, Moses agreed with McCance, saying "it appeared there is maneuvering going on to manipulate the outcome of the selection in favor of Dr. Oguntola. A key indicator is that a few people on the search committee only voted for the bottom-tier candidates as if to cancel out the votes for the better credentialed candidates."

"There is an overwhelming sense that something is going on behind the curtain," Moses added. "Oguntola should have honorably removed himself from the slate of candidates when he knew he had been fairly eliminated."

That suggestion was echoed by search committee member Abby Updike Skipper, who said that Oguntola "has an opportunity to distinguish himself as a man of integrity. That's what being a good loser is about."

In her letter to the trustees, Moses said. "I gather there were also a few personal relationships between Dr. Oguntola" and some individuals "hand-selected to serve" on the search committee.

Skipper seemed to confirm that observation, indicating that she was one of them, saying it appeared that Oguntola had arranged for her appointment after he already had stepped down as chair of the Board of Trustees.

Skipper said Oguntola "told me he had already stepped down" from the board, then said he would like to get her appointed to the search committee.

"I had told him that I thought he was a good leader and did an excellent job, so he might have thought I was someone who would just move him forward," Skipper said. "I got a phone call hours later from (new Trustees Chairman) Danny Gill" who appointed her to the search committee. 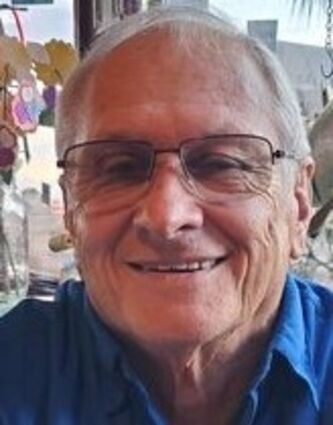 "It seemed weird at the time, but I knew the committee needed an advocate for ESE," she said, so she accepted. Exceptional Student Education is Skipper's personal passion, and she has previously served on the Florida Advisory Committee for ESE.

"I had asked over and over again who would represent ESE on the search committee" without a response, Skipper said, until Oguntola arranged for her appointment.

After Oguntola became a candidate, the subsequent controversy over the local search proposal, and the negative community reaction, "I told him that he ought to go on record and say that he had nothing to do with changing to a strictly local search," Skipper said. "It's telling that he never did."