Local Event One of Hundreds of Concerts, Celebrations for Frederick Law Olmsted Bicentennial

120+ Groups Celebrate "Parks for All People" 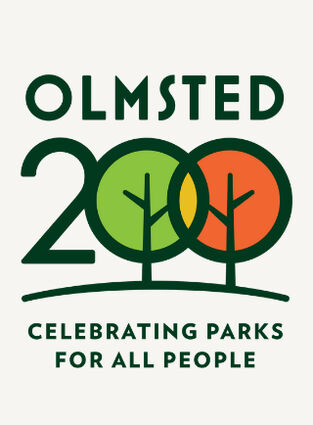 An April 30 event at Lake Wailes Park is more than a local celebration, it's part of a much broader celebration of a famous father-son duo who changed the face of North America. April 26, 2022, marks 200 years since the birth of American landscape architect and social reformer Frederick Law Olmsted, who championed the idea of public parks in the United States.

Lake Wales Heritage is among more than 120 organizations nationwide have banded together as "Olmsted 200: Parks for All People" for a year of public programming and events designed to celebrate, strengthen and expand parks, open space and American quality of life. They are being joined by the City of Lake Wales as co-hosts of "Olmsted Day in the Park," described as a "family fun day" filled with music, food, games, prizes, and much more. Several other community businesses and organizations have joined to co-sponsor the event, and more are welcomed, according to organizers.

"'Parks for all people,' is the theme for hundreds of events across America this year as we celebrate the joy that parks and open spaces bring to our lives," said Anne Neal Petri, CEO of National Association for Olmsted Parks, which is managing the Olmsted 200 campaign. "Frederick Law Olmsted birthed the notion of public urban parks, and he created places that bring people together across their differences. These are bold ideas that transformed American life-and Olmsted 200 is devoted to keeping our parks vibrant and ensuring that every American has fair and ready access to parks."

Events, concerts, tours, and talks are planned in Olmsted landscapes throughout 2022.

Olmsted's work laid the philosophical foundation for the later creation of America's national and state park systems, and thousands of local parks.

Olmsted Jr. was his father's protégé, continuing to lead the company for many years after his father's passing, and in many ways excelling in his concepts and designs for urban landscapes and parks. He led the efforts to protect California's Yosemite Valley, was largely responsible for the design of North Carolina's Biltmore Estate, led the reforestation of nearly a million acres of logged-out lands in the Blue Ridge, and of course, designed Mountain Lake Estates, Bok's Mountain Lake Sanctuary, and created the first zoning maps and streetscape plan for the City of Lake Wales, including the design of our own Druid Hills subdivision.

"Parks are vital contributors to our physical and mental health," said Georges C. Benjamin, M.D., executive director of the American Public Health Association, an Olmsted 200 founding partner. "This year, let's commit to park access for every American as part of a bold vision for public health." 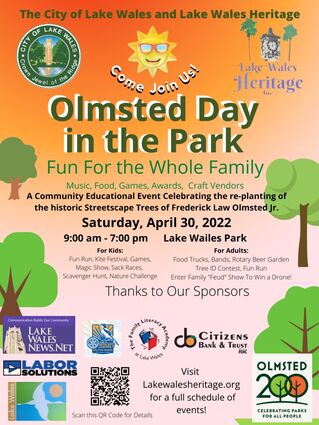 "Frederick Law Olmsted proffered the idea that landscape architecture could create places that bolster the project of American democracy," said Sara Zewde, founder of Studio Zewde and Assistant Professor of Practice at Harvard University's Graduate School of Design. "As we look at American life today, we see great need and opportunity to build on these original aims of landscape architecture. That's what Olmsted 200 is all about."

Editor's Note: A portion of the text in this story was provided compliments of Olmsted 200, and is reprinted in its entirety.