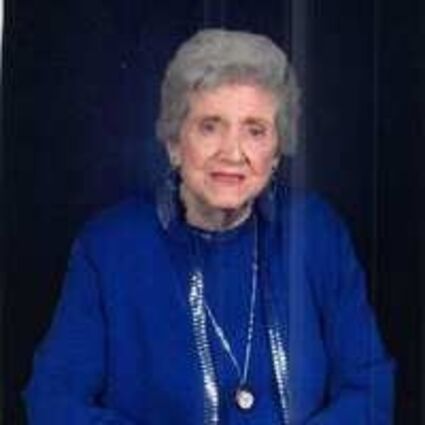 When WW2 broke out, she took a train to Chicago and became a riveter in an airplane factory and later at the munitions plant near Illiopolis. She was a volunteer for the Red Cross and the March of Dimes, an active member of Sweet Adelines, a Republican Women's Club board member of the TRN club, and a member of Illini Country Club, Panther Creek Country Club, Springfield Yacht Club, and Sangamo Club. Her father Mark Foutch Sr. was owner of the Springfield Cafeteria, and her mother Grace Foutch retired from the Department of Public Safety. She was also a big Cubs fan and was there the first night Wrigley's Field turned their lights on.

Mary loved her Florida home in her later years and became active in the Arts Council activities in Lake Wales, FL, and the Bok Tower foundation activities. She loved her family, her friends, playing bridge , and reading.

Mary is preceded in death by her son David Saxon Wagoner; her Father Mark R. Foutch and Mother Grace Foutch; her two brothers, Dr. Mark R. Foutch Jr., and Edward Lewis Foutch. She is survived by her sons Lawrence Edward Wagoner, Richard "Rich" Wagoner Jr .; her beloved grandson Josh and his wife Jennie reside in Springfield with their children, great grandson Jackson, Henry, and great-granddaughter Lottie; her granddaughter Lacey from Richmond, Virginia. The Wagoner's were successful automotive dealers in the Springfield area.

The Staab Funeral Home in her hometown of Springfield, Illinois is in will oversee her funeral services there. Services here in Lake Wales will be held on Friday February 25, 2022, at 11:00 AM at The Good Shepherd Episcopal Church with Father Reverend John Motis, and Father Reverend Timothy Nunez officiating. Condolences may be sent to the family at http://www.marionnelsonfuneralhome.com.