Cup of Joe Radio is Produced in a Home Studio Here, Providing Comfort Against PTSD 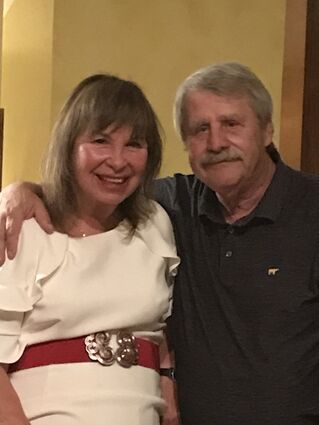 Irene and Mike Spotswood co-host the radio show for veterans (and music fans) every week.

A nationally-syndicated and web-streamed radio show aimed at veterans originates in a Lake Wales for most of the year. Local residents Mike and Irene Spotswood record the "Cup of Joe Radio" show, often with Mike's service dog Truman at their feet.

Mike, a Marine who did two tours in Vietnam over the course of 19 months, and Irene, a former nurse say their two-hour radio show is "80% music, 20% information." Their mission statement is "The healing power of music."

Their show is the number one rock & roll show every Friday in the 4-6 PM Eastern time block on iHeart Radio via Wreaths Across America. Cup of Joe Radio is also broadcast on Rochester Free Radio in Rochester, New York.

Their partnership with Wreaths Across America also allows them to reach more veterans, so the couple play a wide variety of music, from Led Zeppelin to Blake Shelton, and from Stevie Nicks to Lady Gaga. They play a lot of classic rock, as they said younger generations still enjoy bands like the Eagles and Lynyrd Skynyrd.

Mike said he wants the information and interviews on the show to reach generations of younger veterans to help make their return to civilian life easier. "I'm trying to forge a path for them," he said.

Speaking from experience, Mike expressed a strong belief in the therapeutic power of music. "When I retired (from the Army War college), like a lot of veterans from Vietnam, I started having PTSD issues," he said. That's why he keeps Truman his service dog by his side.

"Everyone seems to like music," Irene said. "It changes your mood, it lifts your mood, it makes you think about where you were at the time (you first heard it). It helps you heal." There are verified studies in the power of music to heal from dementia to PTSD, they added.

Doug Bradley, a weekly guest on the program, wrote about music therapy and war in his book "We Gotta Get Outta This Place: The Soundtrack of the Vietnam War." Rolling Stone magazine named the book the Best Music Book of 2015. Bradley said his experience with this is personal - he was in a combat reporter in Vietnam - but it is also an area he has studied and interviewed others about extensively.

He said when soldiers returned from Vietnam to a country that was split on its support of the war, many veterans felt they had not really "returned home." That is why many are hesitant to open up about their experiences over there, he said. "We asked these guys to go over there on our behalf to kill people," Bradley said. "One of the ways to deal with this...is to share it."

He said out of the hundreds of people he interviewed for his book, many found they could tell their stories when asked "what's your song?" It's not just singing. When someone hears a song they relate with, it allows them to explore their experiences through music, too.

The music scene of the Vietnam War was unique, Bradley said. It was what he called a "shared soundtrack" between soldiers, as well as the people back home. "(Younger generations) still know the music," Bradley said. "People love that music, and for good reason. It's like the best music ever."

Many veterans Bradley has spoken to from recent wars do not have this same sense of a shared soundtrack, as music has become more splintered and personal. However, younger generations still enjoy the shared soundtrack of the Vietnam War, he said. "We'd ask them 'If you guys listened to music in a group, what did you listen to?'" Bradley said, "and they said ... some of that would be CCR (Creedence Clearwater Revival) and (Jimi) Hendrix, the kind of stuff that we listened to in Vietnam."

Mike Spotswood has worked in television and radio around the world, broadcasting with the Armed Forces Network in Germany from 2000 to 2003, before retiring to split time between Tupper Lake, New York and Lake Wales, while globetrotting and recording his and Irene's "Boomers on Travel" podcast and multimedia show.

"I always loved radio," Mike said. "But the money was in TV."

Last year, Mike was talking with his friend Jeff Moulton, a principal of Rochester Free Radio whom he worked with in the Utica television market in the 1970s. Mike said he mentioned off-handedly that he would like to run a show for vets and Moulton encouraged him to put it together, then found him a spot in the "happy hour" time slot at 4 p.m.

Though the show's title is the military term for coffee, episodes begin with a spot from Irene, describing a "military cocktail drink" to have at happy hour. The two said they have always been involved in the veterans' community and service, but with the coronavirus pandemic they haven't been able to participate in all the ways they usually do, so an at-home radio show was a "no-brainer," Irene said.

Mike also said he hopes this provides a bit of a connection for veterans who may be more isolated now than before.

"It's a lot harder for them," Mike said. "They're already burdened with PTSD, and then you put COVID on top of that and it makes it very hard for them." 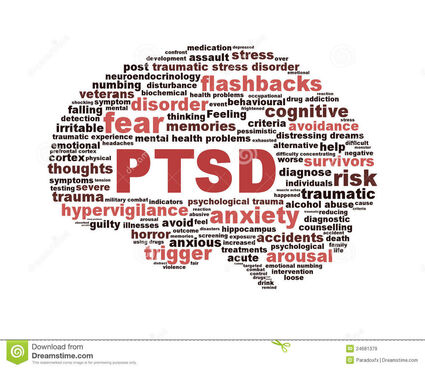 PTSD affects many people after traumatic experiences. Once dismissed as "shell shock," only in recent decades have the true, lingering impacts of the condition become to be recognized, and treated.

Though the show is focused on the music, there are guests on each week to talk about veterans' issues and current events, and to help vets navigate their complicated benefits system. Veterans of Foreign Wars Communications Director Terrance Hayes, now the Presidential appointment to Press Secretary for the Veterans Administration, was a team member.

Jason Murray talks about veterans' organizations and the services they provide. Jerry Lamerton talks Motown, it's history and its stories. Mike said there's one rule: "no politics." He said he is independent and more concerned with veterans' issues than politics.

The show's debut episode on Feb. 14, 2020, was recorded in the couple's Florida home, with former AFN Armed Forces Broadcasters. They described it as a mission of healing, and they bought all their own equipment and don't make any money from it. They have a soundproofed studio at home, but they said they don't want to change the show too much.

"This might sound crazy, but we don't want to get too polished," Mike said. So, until it gets cold, Cup of Joe Radio will be recorded right here, at Mike, Irene, and Truman's home in Lake Wales.