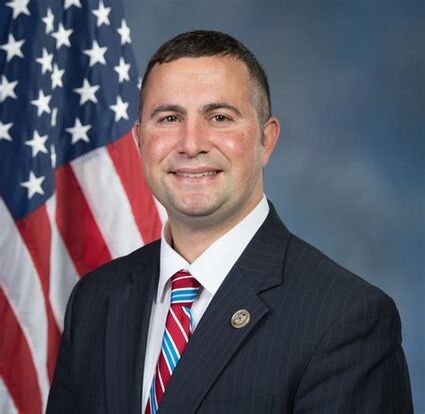 Converting downtown streets into a shady pedestrian oasis through the Lake Wales Connected plan got a financial boost as the City of Lake Wales has received a Federal grant.

Congressman Darren Soto (Dem, Kissimmee) arranged an $800,000 infusion for downtown street rehabilitation in the bi-partisan Infrastructure package approved by the US Congress and signed into law by President Joe Biden. Those funds will aid in fulfilling the Lake Wales Connected plan, augmenting Community Redevelopment Agency funding of the multi-million dollar effort.

The project will be funded largely through CRA capture of the "tax increment" driven by growth and development within the CRA boundaries. The CRA last week hired bond counsel to guide the acquisition of $18.5M for the multi-year effort. The project is expected to take some five years to complete.

The Lake Wales Connected plan includes a revamping of Park Avenue from Scenic Highway to Wetmore Street, and First Street from Stuart Avenue to Wiltshire Avenue. The barren stretch of West Park will see a dramatic conversion from a wide slash of asphalt into a narrower, tree-lined parkway.

The Federal funds have been earmarked by the city administration to fund upgrades to both Crystal and Orange Avenues between First Street and Market Street, including the intersections. Those upgrades will include repairs to sidewalks and pavement, new street trees, rain gardens, and street furniture. 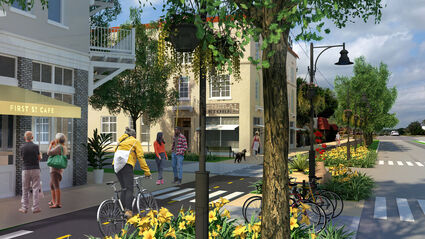 Also included in the Connected plan will be an expansion of the downtown Market Place into a broader and more inviting plaza with "hanging gardens" and space for regular art shows and other activities. Other features added are a "hidden garden" between Park and Stuart Avenues, and a new bicycle track along East Central Avenue. Ground will be broken in early April for the new trail segment around Crystal Lake connecting downtown with the Lake Wailes Trail.

Soto, Democrat of Kissimmee, will soon no longer represent Lake Wales after the recent US census showed that his Florida's 9th District is the most populous district in the nation with well over 900,000 residents. That growth required his district lines to be shrunk during redistricting. A new district based in Polk County is expected to include the Lake Wales area. Soto is a former State Representative and Senator who has served the Lake Wales area in Congress since 2016.