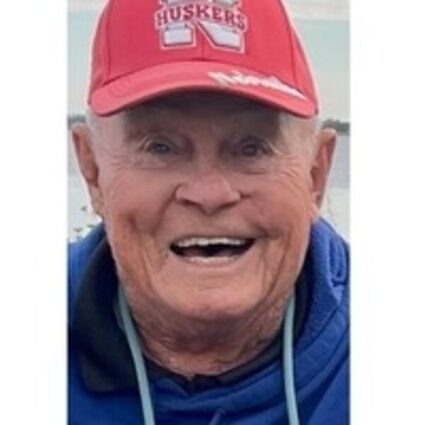 James "Jim" Fredrick Beaver, 88, an Army veteran, passed away unexpectedly, yet peacefully on March 8, 2022, surrounded by his loving family. Born in York, Nebraska, Jim was the middle of three children. He was a Husker at heart. While living in Nebraska, Jim played semi-pro baseball for the York Braves. It was during this time that he met the love of his life and future bride, Shirley, whose heart he quickly won over. The two were married in 1957 and moved to Frostproof, Florida, a small one-stoplight town, where they made their home for the next 40 years. It was there where he went on to earn his master's degree and serve as teacher and later a principal at both Frostproof and Spook Hill Elementary for nearly 40 years. It was also in Frostproof where Jim and Shirley started their family and had 8 beautiful children. The Beaver kids have many fond memories with their Dad from their childhood and countless stories of family vacations, camping, boating, and beach trips.

Jim remained active through his retirement years and still loved to play table tennis (don't dare call it "ping pong"), tennis, pickle ball, pool, cards, corn hole, you name it – he would take you on. He loved to win! He was the ultimate competitor (and trash-talker). Jim was an athlete, family man, teacher, sage, coach, and so much more. It was a rare sight to see Jim without his red Husker's hat and a toothpick hanging out of his mouth. He lived by the mottos: "stop and smell the roses," and "a bite without salt is a wasted bite." Jim even salted his Budweiser. Next time you crack open a beer, add a dash of salt in his honor.

Jim danced through life embracing all that it offered. He formed countless relationships and lived life to its fullest. He made everyone around him feel like family and was a friend to all. His most important roles were being a husband, father, father-in-law, grandfather and much adored great grandfather. Jim was a friend to everyone and when you met him you could always count on being greeted with a smile.

Jim shared his dance with Shirley to the end. He loved and adored her and when she needed him late in life, he was her knight in shining armor, the best caretaker in the world. Shirley was his everything.

Jim brought an immense amount of joy and laughter into our world and will be missed dearly. He was one of a kind and will never be forgotten.