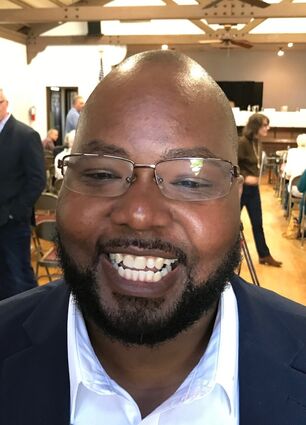 Mayoral candidate Curtis Gibson was the target of an anonymous attack using an old wrestling promotion video in which he portrayed a "bad boy" character. The video was distributed to multiple persons and media from a fake email account.

An anonymous YouTube post surfaced Saturday attacking mayoral candidate Curtis Gibson with a video his campaign manager said he'd created more than a decade ago, when he was an aspiring professional wrestler.

In the video, which was viewed dozens of times within hours Saturday, Gibson appears threatening and uses offensive slang. Chevon Baccus, his campaign manager, said he was acting in character as Bad Boy, his wrestling persona, before an upcoming match.

An email sent to LakeWalesNews.Net on Saturday shares a link to the video, which also appears to have been sent to Gibson's two political opponents, Tammy James and Jack Hilligoss. Neither offered any comment on the matter before this story went to press.

In the video, with his face mostly hidden by a hood, Gibson shouts and postures. The video appears to have been posted on a newly created YouTube channel with no other content.

The video link, which was emailed from a fake address of [email protected], also displays information and a booking photo from Gibson's July 2017 arrest on allegations of aggravated assault stemming from a domestic dispute. Prosecutors later dropped the criminal charges after the woman involved declined to pursue prosecution, leaving Gibson with no criminal record.

LakeWalesNews.Net is investigating the source of the video and has reached out to host YouTube for additional information. .

This underhanded attack follows a pair of deceptive postcards sent from a hidden-money political committee and a concealed "foundation" that attempted to create the impression that Polk Sheriff Grady Judd has endorsed two of the candidates in the April 5 vote. He has not.

EDITOR'S NOTE: After this story was published LakeWalesNews.Net received an email from Hilligoss suggesting that the story not be printed. Since it had already received significant traffic on YouTube and been shared in both social media and another news outlet, we felt that the disclaimer served a public purpose. This was a difficult decision because the attack was allowed to serve its unsavory purpose in either case.