$2,000 Charge in Hilligoss Report May Have Church Connection 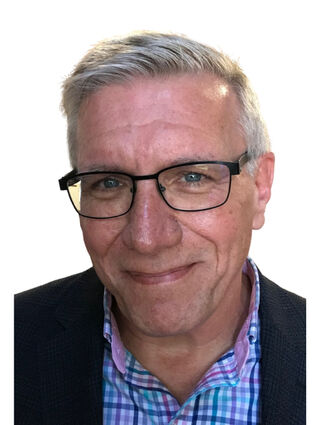 City Commissioner and mayoral candidate Jack Hilligoss is being questioned over a $2,000 charge to his campaign fund that appears to violate election laws.

An apparent impropriety in the mayoral campaign financing of City Commissioner Jack Hilligoss has caused yet another twist in the closing days of the election.

A letter from Lake Wales attorney Richard McKinley addressed to City Clerk Jennifer Nanek, the candidate, and his campaign treasurer Bonnie Barker demands "any and all documentation related to the itemized expenditures" listed on Hilligoss's March 18 campaign finance report.

That report, filed with Nanek last week, showed a questionable payment of $2,000.66 to Barker as a "reimbursement for Outreach mailer." A postcard bearing an Outreach bulk mail stamp and promoting the Hilligoss campaign was sent to thousands of Lake Wales voters last week.

A search online shows that Outreach, Inc, the source of the mail, is a church mail service company located in Colorado Springs, Colorado.

Reached by telephone, an Outreach representative confirmed that they do not normally print elections materials but specialize in printing and mailing only for churches. That raises the question of how the order for a political mailing was processed by a company that denies that it prints and mails them.

Both Hilligoss and Barker are pastors of High Point Church. McKinley is a former member of the church. Under Internal Revenue Service rules, churches have a 501 (C) 3 tax exempt status and are prohibited from involvement in political campaigns.

If church funds were used to purchase the mailer, there are problems involved beyond the IRS rules, because the purchase also likely avoided Florida sales taxes, and exceeded the $1,000 contribution limit.

Alternatively, if it was a loan to the campaign from Barker, it would still exceed contribution limits, and would be required to be listed as income on a finance report. It was not.

The letter requests the corroborating documentation for the expense, "including related correspondence between Outreach and the campaign, Outreach and campaign treasurer Bonnie Barker, and Outreach and High Point Church." Campaigns are required by Florida election law to preserve such documents for potential audit.

LakeWalesNews.Net reached our to Hilligoss for comment or explanation, but have received no response from him.

The unprecedented situation has caused City Clerk Jennifer Nanek to turn to City Attorney Chuck Galloway as to next steps she is able to take.

If the documents are not provided as requested, a complaint can also be filed with the Florida Ethics Commission.

McKinley was out of state and unavailable for comment.