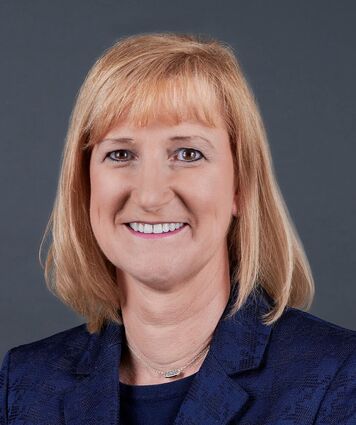 Joanna Abernathy has been hired to fill the role of Deputy City Manager by the City of Lake Wales. She has more than 30 years experience in local government.

"I'm both honored and excited to be chosen as Lake Wales' Deputy City Manager," Abernathy said in a prepared statement. "The City is experiencing tremendous growth, and I'm thrilled to be part of a forward-thinking municipality," she added.

Abernathy has a total of more than 30 years of experience working in local government, having previously served as an assistant city manager both in Palm Beach and Polk Counties.

Abernathy holds a bachelor's degree in political science and history with a master's degree in public administration and emergency management. She obtained her Master Municipal Clerk designation in 2012, and brings more than 10 years' experience working as a City Clerk for Palm Beach, West Palm Beach and Greenacres in Palm Beach County. She describes her "proudest accomplishment" as the creation of a Department of State Passport Processing Facility within city hall in Greenacres, which proved to be a resounding revenue source for that municipality.

"Our new Deputy City Manager is an accomplished and results-oriented leader who has served in diverse government settings," Slaton said. Slaton was the city's previous deputy manager, but was promoted after prior manager Ken Fields was fired by the commission in May, 2020. He assumed the role on a permanent basis in October of that year.

Abernathy has experience managing capital projects, and previously worked for her parents' construction company in upstate New York, according to city officials. She also has "extensive experience in the operations of development services and land use planning," the statement said. Abernathy lists her other skillsets as public relations strategic business planning, financial budgeting, grant writing, and emergency management.