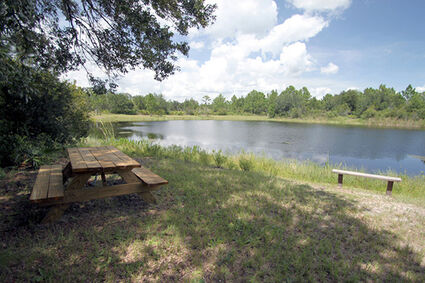 Depictions of the beauty and diversity of Polk's county-managed environmental preserves are the focus of a juried art competition being organized by Polk Forever, a local grassroots non-partisan organization.

The best works submitted will be displayed in September and October at locations including Lake Wales Art Center, Ridge Art in Winter Haven, and a third site that is yet to be announced.

"The idea behind the exhibition is to bring to light the places we have already preserved and to give the public an idea of why we should preserve even more,'' said Blair Updike, one of the competition's organizers. Polk Forever is seeking voter approval of a November referendum to resume funding of Polk County Environmental Lands' land-acquisition program.

Voter approval of the measure would renew a highly-successful effort from 1995 through 2015 that preserved many of the best examples of natural Florida remaining in Polk County. All the lands acquired and preserved under the program were offered by sellers eager to help preserve the lands in their natural state.

The competition is open to professional and emerging artists. Submissions can include paintings, drawings, photos, sculpture and mixed media. The deadline to submit works via email is Aug 26. The art should be based on scenes or objects from any of Polk's environmental preserves. A full list of the sites is available at https://www.polknature.com/explore 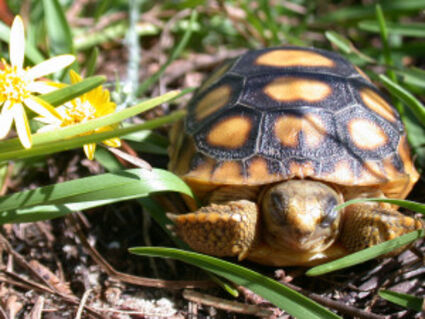 Native wildlife can still exist on environmental lands protected by Polk's original Environmental Lands program, approved by voters in 1994. The current referendum, to be voted on in November, would renew that program.

Participants are encouraged to market their works, or share images of their work or of themselves working in the outdoors by following Polk Forever's Facebook and Instagram accounts. Polk Forever also may use some of submitted works in its social media platforms.

Artists are responsible for their own sales, but since there is no entry fee, Polk Forever is asking the artists to consider donating part of the proceeds from their sales to the Polk Forever Political Action Committee, which is raising funds to promote passage of the referendum.

Anyone interested in participating, obtaining entry forms and other information should contact Polk Forever at [email protected] To learn more about the campaign and how you can support it, go to https://polkforever.com