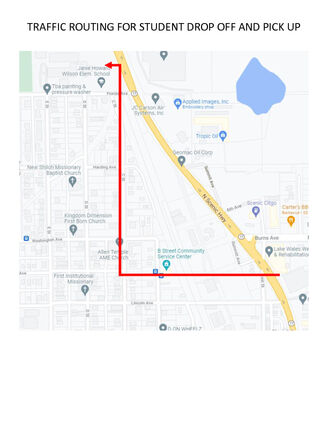 A plan developed by Lake Wales Police Department in coordination with school officials will see the temporary closing of Florida Avenue at Scenic Highway during the hours of school pick-up and drop-off. Drivers will be directed instead to approach the school from the south, using Lincoln Avenue and C Street. 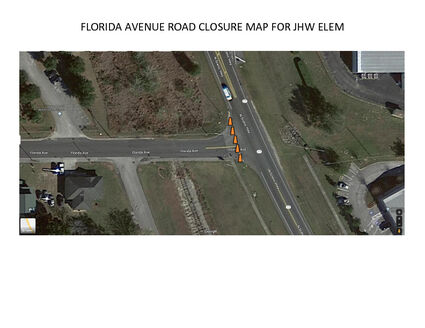 Under a new traffic pattern Florida Avenue will see forty-minute closures during morning and afternoon periods, eliminating a dangerous intersection.

According to Deputy Chief David Black, "the Police Department worked with Janie Howard Wilson midway through the last school year on rerouting the vehicular traffic for student drop off without closing Florida Avenue." The new pattern was found to be effective and generated no complaints from residents of C Street of Florida Avenue.

The forty-minute closures should alleviate the issue of cars parking along the shoulder of Scenic Highway, blocking the view of oncoming traffic for drivers leaving Florida Avenue. Left-turning traffic from northbound Scenic has also caused delays and congestion, according to a police memo presented to city commissioners.

Blocking Florida Avenue will traffic cones each morning and afternoon will be the responsibility of school staff. The closures will take place from 7:10 am until 7:50 am and again between 2:10 pm and 2:50 pm. Early release days will see Florida Avenue closed from 11:50 am until 12:30 pm, according to Lake Wales Police Department.