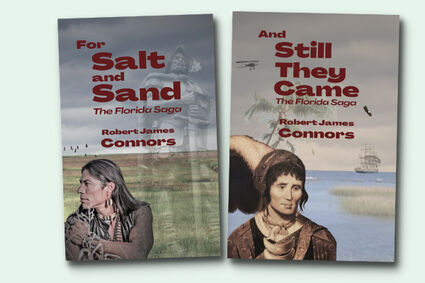 Two new works by author Robert James Connors will be touted at a book release event in Lake Wales on July 9.

A Lake Wales author will be recognized at a special "book launch event" in honor of two recently-released works of historical fiction. "The Florida Saga" shares the surprising history of our state in two volumes by Robert James Connors.

"They tell Florida's story through the eyes of the people who lived it," Connors said in response to questions. "Making history an enjoyable, living story with sympathetic characters rather than a dry retelling of facts" was his goal, he said. Many of the characters in the book are inspired by local residents, he added.

The event, sponsored by Plumeria Publishing, will be held at Wales Pointe Restaurant on Saturday, July 9, from 2:00 to 4:00. Connors will speak about his experience in researching and writing the volumes and answer questions from the audience. A limited number of books will be available for purchase.

A well-known local amateur historian, Connors was certain to include much of Lake Wales history in the tales. "Readers in this area may especially appreciate references to the growth of Lake Wales and the historic figures who populated and built the town," Connors said.

The first of the two books, entitled "For Salt and Sand," tells the story of Native Americans and their struggles to survive in a hostile world, while the second volume, "And Still They Came," tells of the development of the modern state despite the efforts of Seminoles to halt the invasion of Florida's wild lands by settlers.

The stories are told through multiple generations as families grow and merge, resulting in what Connors described as "the largest ethnogenesis in the New World," resulting in people who are the true Floridians.

Connors said his inspiration for the books came from reading a series of historical fiction books by author James A. Michener, including Centennial, Caribbean, Hawaii, and Poland. "He had a way of bringing a place and its people to life," Connors said, "and I always regretted that he never got around to writing about Florida."

Researching the state's history for the books began in 1997, Connors said, and he gradually built a library of Florida history books that provided reference. "The growth of the Internet made that a lot easier," he said.

During his reseach he discovered many surprising, little-known facts about the state and our culture. "Some of the terms that we take for granted are actually misinterpretations," Connors said. Some of those are explained in the books, he added. 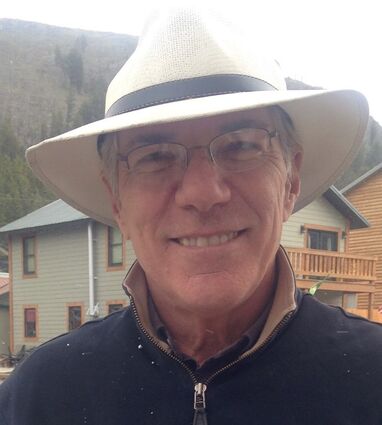 Robert james Connors has written several books, including one based on his adventures in Italy. His new works are historical fiction.

Among events included in the books are the invasion of Florida by colonial powers, the wars and violence that wracked the state, and the development of the railroads that opened the frontiers for settlement.

Connors, a life-long writer, has other titles currently in print, including a true adventure that included former Lake Wales residents Fran and Mary Updike, George DeLuca and Emily Berhardt, and his wife, Susan, entitled "Romancing Through Italy." His contemporary science fiction adventure, "Encounter at Cloud Ranch," is, by contrast, set in the deserts of northern Arizona.

The public is invited to attend the book launch event. Wales Pointe is located at 207 East Park Avenue, across from the Olmsted Town Clock in downtown Lake Wales.