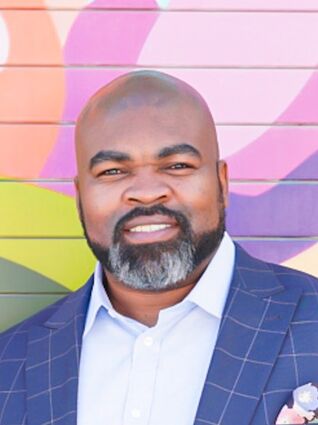 Derrick Blue, CEO of Florida Development Corporation, is pleased to be bringing "BizLink," a business development incubator, to Lake Wales.

A $1.2 million contribution from the City of Lake Wales will empower a new business incubator designed to increase the number of new businesses and entrepreneurs in Lake Wales.

Funds for the project will come from the American Rescue Act which was passed by Congress and signed into law by President Joe Biden last year. The city received some $7 million which must be directed to economic development projects.

The funds will be directed to the operations of "Bizlink," which will be based in a former dental office at 225 Lincoln Avenue. It will be operated by Florida Development Corporation (FDC) and provide services and coaching to individuals wishing to start or grow their business concepts. The grant funds will be provided to the corporation in three annual phases, with the final tranche dependent upon agreed performance goals.

FDC is one of the developers already partnering with the Community Redevelopment Corporation (CRA) to build affordable housing in the Northwest Neighborhood, a stated goal of the Lake Wales Connected plan.

The incubator will fulfill two other goals itemized in the plan, designed to fuel economic growth and higher property values.

Co-founder and COO Derrick Blue told LakeWalesNews.Net that the concept offers businesses the opportunity to be hosted and nurtured by experienced business leaders while receiving a variety of benefits ranging from subsidized rent, services and internet coverage to office space and utilities. Each applicant will pay rent in exchange for the services they receive.

City commissioners were unanimously enthusiastic about the project, noting that the for-profit corporation has an impressive track record in the Tampa Bay area. Two, Deputy Mayor Robin Gibson and Commissioner Danny Krueger, visited an incubator run by the group in east Tampa out of a mini-warehouse.

"We could pull up a milk crate and sit under a shed if we had to," Blue said, emphasizing that the key is the knowledge.

Gibson was so impressed with the promise of the business incubator that on Wednesday he announced that he was moving funds from his GiveWell charitable account to the Community Redevelopment Agency, with the intent that they pay for an architect to address the façade of the building.

"I'm thinking that Lincoln ought to have the same standards...that we are addressing for downtown," Gibson said. He is currently in the midst of rehabilitating his fifth building downtown.

"These funds will provide for an additional grant to FDC, but it won't come from public funds," Gibson explained. GiveWell accounts may only be donated to a non-profit or charitable organization, which includes the CRA.

"Oh wow!" Blue said when told of Gibson's comments. ""He seems to be the guy that really loves his community," he added, saying "we're definitely grateful for that support."

In their original presentation to the commission more than a month ago, FDC directors explained that applicant will be provided with a variety of services and support to help them grow their business ideas, but stresses that they must be on the 'CUSP' of success, explaining that the entrepreneurs must be "coachable, offer a useable product, be sustainable, and be profitable."

Blue said that he expects the project to be fully functioning in October, since the building they have purchased is in good shape. "It needs some work, but nothing structural," he said.

Each applicant will be expected to participate in workshops, and eventually become coaches themselves as they achieve success. FDC officers indicated that the process is "transformative" in the economic development of the host area. 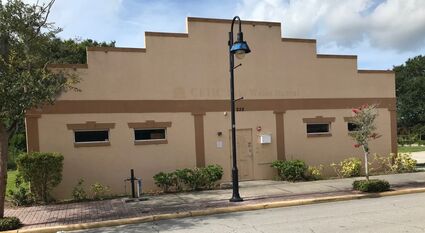 This former dental office at 225 Lincoln Avenue will become a business incubator under a plan approved by the city commission.

Lincoln Avenue is also the target of several other development projects, including a new restaurant, a commercial plaza with upstairs apartments, and a law office. The once-thriving area has suffered from economic decline for several decades.