City's 19.61 Percent Rise Exceeds That of Polk County as a Whole

Both new housing developments and "infill" construction contributed to the city's sharp rise in property values this year. Annexations and improvements to existing properties also contributed.

As the City of Lake Wales and Polk County prepare to finalize their annual budgets and set tax rates for the new fiscal year, both are benefitting from a substantial rise in property values. The changes could lead to further reductions in millage rates for property owners.

In Lake Wales values have risen even more sharply, reaching a rate of 19.61 percent. That increase, producing a taxable value within the city limits of $1,062,074,168, is increase of $67,128,484, or a 19.61% jump. The annual increase of more than $67 million and the taxable value of more than a billion dollars represent dramatic changes from past years.

The surge comes due in large part to annexations, a process that has proceeded at a rapid pace during the year and is still ongoing. Other factors in the growth include improvements to properties, new construction, and the resale of existing homes at much higher values, allowing them to be re-assessed by the Polk Property Appraiser.

The city is still in the midst of the budget process, but the city commission has set the new year tax cap at the "roll-back rate," meaning that a reduction is now "baked in" to the process. The roll-back is the rate determined to produce the same amount of revenue as the prior year. Future decisions may result in a still-lower rate but cannot increase it. 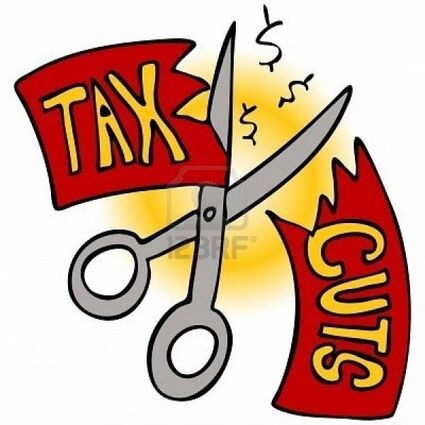 Reductions in property taxes are now assured for City of Lake Wales residents.

The increase in property values is expected to increase locally in future years regardless of national trends as the Community Redevelopment Agency embarks on a $20 million project to improve city streets, sidewalks, and landscaping, all part of the Lake Wales Connected effort to revitalize the urban center of the town. Those investments are expected to increase retail traffic and building occupancy, encouraging the private sector to complete renovations and new construction in the area.

The CRA itself is funded by the "tax increment" between its base year and the current, capturing most of the city and county shares. The CRA is expecting an increase in revenue of well over $150,000 this year. That revenue stream, now approaching $2.4 million annually, is being used to finance $18 million in municipal bonds funding the Connected plan. That bond issuance is expected to proceed in coming weeks.