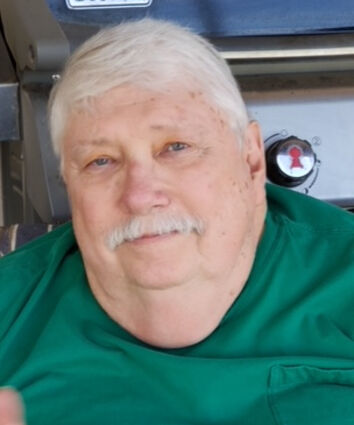 William B. Newton ("Bill") of Scottsdale, Arizona, passed away last Thursday afternoon, September 1, 2022, at the Scottsdale Honor Health Hospital on 92nd street and Shea after a nine-month battle with nocardiosis. His wife of 58 years, Pamela (Pam) Newton, and his daughter, Elena A. Newton, were by his side throughout the day, holding him and telling him how dearly he is loved. All of his family spoke with him, thanked him, and shared their enduring love for him - his son David A. Newton in Tivat, Montenegro; his daughter, Nora N. Muller, in Chambourcy, France; his sister Nancy Furland (nee Newton), in Lake Wales, Florida; and his grandsons Dakota Scott Miller and Isaiah Michael Miller. He is also survived by: grandsons Maxime, Charles, and Nicolas Muller in Chambourcy, France; son-in-laws Guy Muller in Chambourcy, France, and Jeb Hurley in Scottsdale, Arizona; and daughter-in-law: Iryna Newton in Tivat, Montenegro.

Bill was born in Lakeland, Florida, on December 7, 1944, to Norman Jordan Earl Newton and Wilhelmina Hainsworth Brunson Newton and was the youngest sibling of Norman Earl and Nancy Alene. Growing up in Lake Wales, Bill and his siblings spent a majority of their time in Lake Wailes swimming, skiing, fishing, and generally trying to outdo each other. As he entered Lake Wales High School, he pitched on the varsity baseball team, played tuba in the marching band, was president of the Key Club, attended American Legion Boys State for Florida, was a member of the Lake Wales Pram Fleet (a sailing club), and was Homecoming king his senior year (1962). Bill met his then-future wife Pam while attending his Junior year at LWHS, and they were married in 1964. Bill went on to attend the University of North Carolina at Chapel Hill (go Tarheels!), majoring in Chemistry.

In 1977 he moved to Scottsdale, Arizona, with his family - wife Pam, son David and daughters Elena and Nora - to join Motorola as an Engineer in the silicon wafer division. During his almost 30 years at Motorola, he was a leader in the development of silicon wafers and received over 15 patents for processes he established. He was held in the highest regard by his associates and was asked to consult for Motorola after his retirement. He brought home his love of computers, and he and his wife started building their own computers and writing programs together (BASIC) starting in 1985.

Also known as Dad, Daddy, Uncle Bill, Grandaddy, and Grandpa Wishy Washy – Bill was a family man at heart; he dearly loved his wife, children, grandchildren, nieces, nephews, cousins, and in-laws. He loved to cook for his family and friends – grilling steaks and salmon, baking Boston cream pies, and making baked beans or red potatoes with green beans and bacon – a talent he passed along to his grandson Cody (Dakota). Bill had a giant heart, a hearty laugh, and an incredible sense of humor - he loved terrible jokes and blessed his three children with his gift of kindness, generosity, and happy genes.

While he spent the last few years fighting SSRA (severe steroid-resistant asthma) and a host of other issues, including nocardiosis, he always had a smile and an incredibly positive attitude.

Our father / husband loved helping others in need, so in lieu of flowers, we are taking donations for support of Ukrainian families that we are close to (please reach out for details), or to Desert Foothills Lutheran Church, or Tender Little Hearts Mini Tales and Equine Mini Therapy. Memorial dates to be announced.