Victim Reported Vehicle Moved From US 27 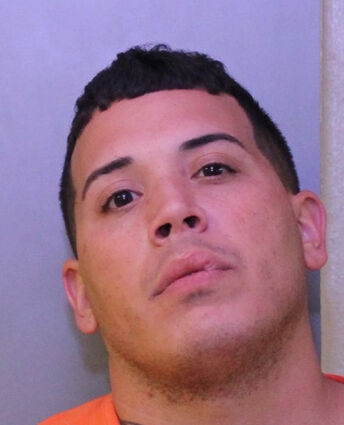 Jesus Melendez of Haines City was arrested by Lake Wales Police following his actions in towing a vehicle without authorization and demanding payment for its return.

A vehicle reported as stolen by the owner from near the RaceTrac gas station has been recovered from a Haines City towing yard, leading to the arrest of the tow truck operator.

Jesus Melendez of J & M Towing sent a letter to the victim stating the vehicle had been towed at the gas station manager's request. The letter also told the victim he could have his car back if he paid $735 in towing and storage fees.

Race Trac management confirmed to police that they do not have vehicles towed.

On June 21 the owner had left the 2010 Nissan Maxima parked on the roadway shoulder in front of the RaceTrac at 24224 Hwy 27 North in Lake Wales due to mechanical issues. He returned to find it missing. Witnesses later reported that they had seen a white tow truck removing the vehicle from the area.

On September 12 detectives learned from the owner he had been contacted J & M Towing company regarding his vehicle.

When Detectives spoke with Melendez via telephone, he initially told police the story of having been called by Race Trac management, but when questioned further requested to speak to his lawyer. 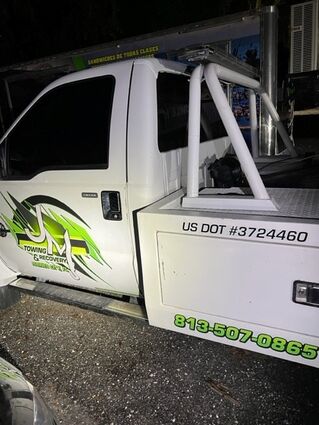 This white tow truck was involved in the alleged illegal towing activity in the Lake Wales area. Those who may have had contact or been deceived into paying for the release of vehicles are encouraged to contact Lake Wales Police detectives.

Lake Wales Police detectives then obtained an arrest warrant for Melendez for grand theft and scheming to defraud. Melendez was located and taken into custody, and the victim's vehicle was located at a storage yard operated by Melendez located at 701 Lafoley Street in Haines City, where it was recovered and returned to the owner.

Detectives believe there is a high likelihood that Melendez has done this before and there may be more victims. If you

believe you may have been a victim of Melendez's scheme you are encouraged to contact the Lake Wales Police Department.

If you have any information regarding this case, please contact Detective Matt Rhoden at the Lake Wales Police Department at 863-678-4223. Or, if you would like to stay anonymous and be eligible for a CASH REWARD through Heartland Crime Stoppers:

 Or download the free "P3tips" app on your smartphone or tablet.