By Special to the News
Brechner Report

Does Freedom of Speech Include Freedom to Film? 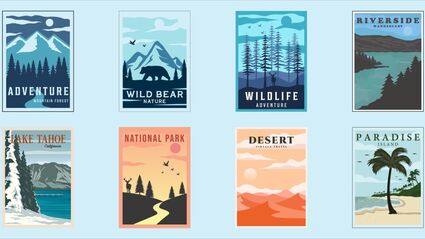 Film-,making on National Park Service lands has come under attack despite the obvious public benefit.

A U.S. Appeals Court has reversed a lower court ruling by finding that filming on government property isn't inherently a protected activity.

Indie filmmaker Gordy Price shot scenes for his 2018 film Crawford Road on National Park Service (NPS) land -- Colonial National Historical Park in Virginia -- without first obtaining a permit and paying a fee. After its first screening, the NPS cited him with a misdemeanor, which carried a potential sentence of up to six months in prison and a fine. The citation was dropped, but in December 2019 Price sued the U.S. attorney general, along with officials from the Department of the Interior and National Park Service, challenging the constitutionality of the rule.

In January 2021, U.S. District Judge Colleen Kollar-Kotelly sided with Price, issuing an injunction barring the permit and fee requirements for commercial filming and "the prosecution and the imposition of criminal liability thereunder."

The August 23, 2022 court opinion, from the U.S. Court of Appeals for the District of Columbia and written by Judge Douglas Ginsburg, reversed the district court ruling. The two-to-one panel held that although some portions of the national park system are public forums, a public forum analysis does not apply to filmmaking.

In a blistering dissent, Judge David Tatel wrote the decision deviates from precedent that struck down similar restrictions as over-broad and antithetical to core First Amendment principles.

"My colleagues reimagine the public forum to protect the stumping politician but not the silent photographer, to shield the shouting protester but not the note-taking reporter. These distinctions find no basis in First Amendment jurisprudence," Tatel wrote.

The National Press Photographers Association notes the NPS is currently still applying the interim guidance and will not change the rules until the appellate court issues its mandate. The NPPA is "extremely disappointed" in the opinion and filed amicus briefs in support of the filmmaker at both the district and appellate courts.