Was Suspended From Office by Governor Ron DeSantis 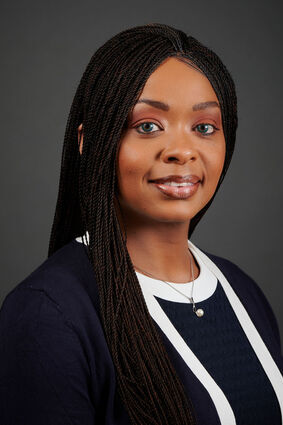 Former city commissioner Kris Fitzgerald is a licensed mental health counselor who was accused by an eleven-year-old boy. She is also a former military police officer.

Former Lake Wales city commissioner Kris Fitzgerald, who was removed from office after being charged with two felonies, has been found not guilty in a jury trial.

Fitzgerald was arrested June 3, 2021 after being sworn in to office in May on the two felony charges. She was released from the Polk County Jail after posting $11,000 bond. Polk Sheriff Grady Judd boasted of the arrest at a press conference, claiming that he had taken a dangerous criminal off the street.

"Can you believe in 2021 that the lights haven't come on for her yet that you can't threaten an 11-year-old with a handgun?" Judd asked a gathering of Florida news media. "She literally petrified him, scared him," Judd said. "His family is livid beyond all expectations as you would be if someone threatened your child."

Governor Ron DeSantis then removed her from office.

A licensed mental health counselor, Fitzgerald, 41, had defeated an incumbent city commissioner in the April 6, 2021 city election. Weeks later Fitzgerald was accused of taking an 11-year-old boy for a drive to confront him about allegedly touching her 13-year-old daughter in a sexual manner in 2020.

The boy claimed that she was holding a handgun in her lap and threatening him while driving him home. Fitzgerald is a former military police officer, and according to witnesses, the child was very familiar with the fact that she had a concealed weapons permit.

Fitzgerald remains unhappy about the way she was vilified by Judd.

"He did say quite a number of things, and I believe in this country you are assumed innocent until proven guilty," Fitzgerald said. "He did make a number of statements to national media that indicated that I was guilty. He's leading people, leading by example. He asked 'why did (the victim) wait a year to make the claim?' He doesn't understand that many victims are afraid to come forward. My daughter was watching (the press conference on television) that night, and she gasped. It's a shame that people are afraid."

After her removal city commissioners elected local pastor Jack Hilligoss to fill the vacant seat. Hilligoss subsequently vacated the seat to run successfully for mayor, allowing a church member, Danny Krueger, to be elected to fill the remainder of Fitzgerald's three-year term, which expires in May of 2024.

The arrest caused a complete disruption of Fitzgerald's life. She had worked for many years as a counselor at The Vanguard School in Lake Wales, and had resigned upon her election to begin re-establishing her own private practice as a mental health counselor. After her arrest, she was unable to proceed with her plans. "I couldn't even work with anyone in a hospital or nursing home to work, either, they had restricted my license. "

Fitzgerald eventually intends to return to work in the mental health field. "Right now I just want to rest. The pretrial conditions were restrictive," she said.