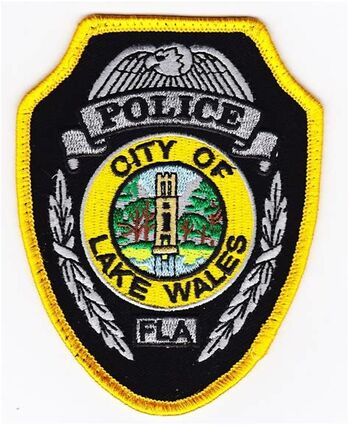 An apparent attempt to draw customers led to the wrong kind of attention for an area man as he found himself following complaints about his loud music.

According to Lake Wales Police, officers responded to the area of Seminole Ave. and Dr. Martin Luther King Jr. Blvd. around 10:20 pm Wednesday after a resident called complaining about loud music in the Grove Manor housing complex. Arriving officers observed a minivan occupied by a man playing loud music. As they approached the vehicle, they saw a large amount of marijuana sitting on the center console and inside an open black bag that was laying on the passenger seat.

A man they identified they identified as Gerald Parker "quickly got out and walked to the front of the van and appeared extremely nervous," according to a police report. Officers patted him down for weapons after he repeatedly reached for his pockets. Parker reportedly began struggling and resisting the officers by pushing K9 Officer Emmanuel Viera and pulling away from Officer Jerry McDowell. The officers eventually attempted to use a Taser as well as K9 Hunter to gain control of Parker.

After handcuffing Parker police searched his pockets and found a cannabis cigar "blunt."

According to police, a search of his vehicle revealed a digital scale, a package of sandwich bags, a total of 88.7 grams of cannabis, 30 packages of cannabis candy, 12 grams of crack cocaine, 2 Oxycodone pills, 6.3 grams of powder cocaine, 1.4 grams of ecstasy pills, 29 alprazolam pills and 1.1 grams of crystal methamphetamine.